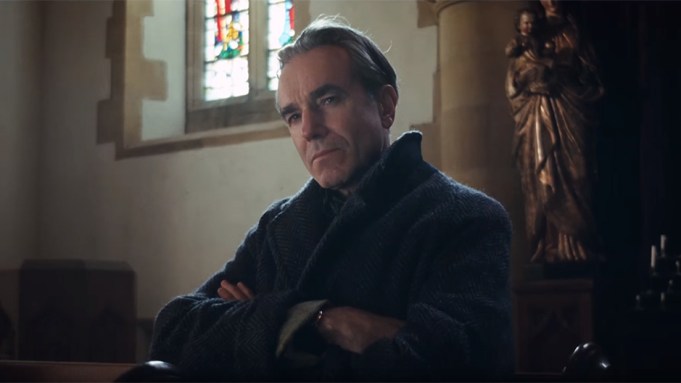 Variety first reported on June 20 that Day-Lewis was retiring from acting at the ago of 60, after completing production on “Phantom Thread.”

The film — set in 1950s post-war London — follows Day-Lewis, a renowned dressmaker, who, with his sister (portrayed by Lesley Manville), is at the center of British fashion. His life is disrupted by a strong-willed woman, played by Vicky Krieps, who soon becomes a fixture in his life as his muse and lover. “You look beautiful, very beautiful,” he tells her.

“Why are you not married?” she asks at one point, evoking only nervous laughter from the actor.

Manville declares at one point to Krieps, “May I warn you of something — my brother can feel cursed; that love is doomed for him.”

“Phantom Thread” marks director Paul Thomas Anderson’s eighth movie, and his second collaboration with Day-Lewis. They teamed on 2007’s “There Will Be Blood,” for which the actor won his second of three best actor Oscars.

The movie hits theaters on Dec. 25.