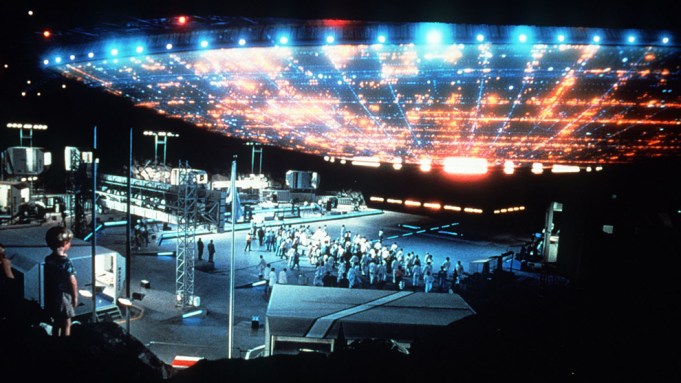 Sony released a brand new teaser for “Close Encounters of the Third Kind” over the long, 4th of July weekend, prompting reboot and re-release speculation. A new website referencing the 1977 original has also popped up to celebrate the 40th anniversary of the science fiction film.

A video entitled “This Means Something” was uploaded to the Sony Pictures Entertainment YouTube page on Monday, which just so happened to be World UFO Day. The video features an air traffic control radar animation locating an unidentified flying object targeting one of its planes.

While many fans expected the clip to be an unofficial announcement of a “Close Encounters” reboot or sequel, the studio actually intends to re-release the film theatrically for a week this September, Variety can confirm.

A website — WeAreStillNotAlone.com — gives believers the opportunity to sign up for “updates on UFO sightings.” In actuality, it serves as a source for scifi fans to connect with the campaign.

The 4oth anniversary of “Close Encounters of the Third Kind” is officially on Nov. 16, but the re-release will hit select theaters for one week on Sept. 1.