Watch American Heroes Portray Themselves in Trailer for Clint Eastwood’s ’15:17 to Paris’ 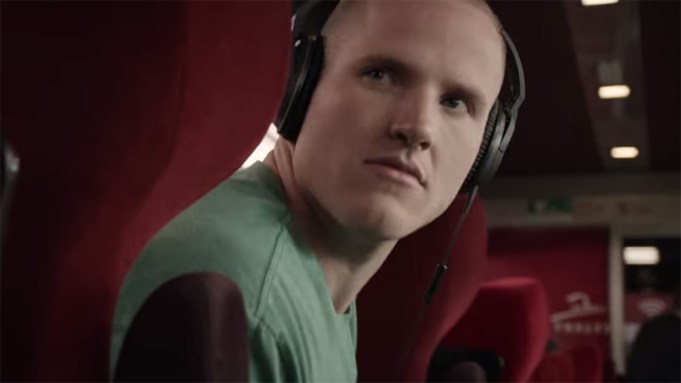 Warner Bros. Pictures dropped the official trailer for Clint Eastwood’s “The 15:17 to Paris” on Wednesday morning.

The biographical drama centers on three Americans — Spencer Stone, Anthony Sadler, and Alek Skarlatos — who thwarted an ISIS attack on a train heading to Paris in 2015.

The chilling trailer starts with the trio, played by themselves, on the Thalys train during a European vacation. Panic ensues as an armed terrorist sweeps the aisles. The trailer follows their childhood, military training, and combat experience leading up to the attack.

“You ever just feel like life is just pushing us toward something, like some greater purpose?” Stone asks in a flashback before footage rolls of him on the train lunging at the armed terrorist.

The film is based on the autobiography “The 15:17 to Paris: The True Story of a Terrorist, a Train, and Three American Heroes” written by Jeffrey E. Stern, Sadler, Skarlatos, and Stone about the 2015 Thalys train attack.