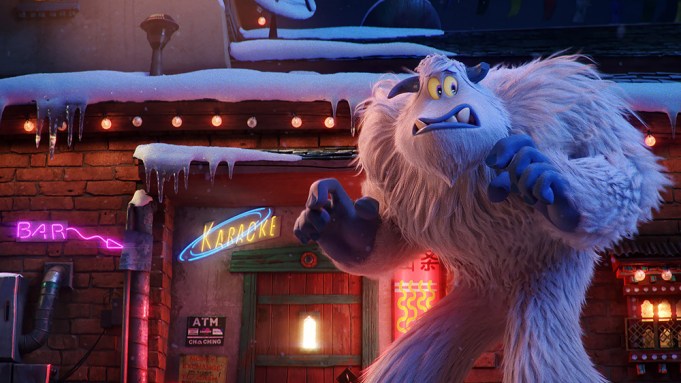 Tatum voices a young Yeti named Migo who’s shocked to discover a human, which the Yeti community refers to as a “smallfoot” in a reversal of the Bigfoot legend. The trailer was unveiled Wednesday with the tagline “Yeti or not, here they come!”

Migo says of humans: “It’s a terrifying creature with perfect white teeth and breath that just smells all minty fresh and the only hair it has on its entire body is on the top of its head!”

The news of this “smallfoot” brings him fame and a chance with the girl of his dreams — but also throws the simple Yeti community into an uproar over what else might be out there in the big world beyond their snowy village.

“Over the Hedge” helmer Karey Kirkpatrick directed the movie from a script by John Ficarra and Glenn Requa, based on a story by Sergio Pablos. Bonnie Radford is the producer.