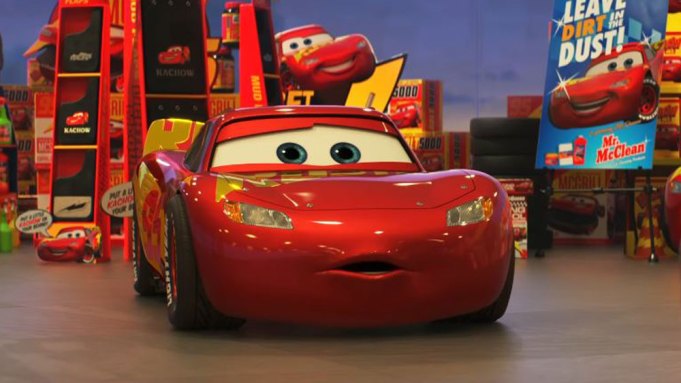 Overall, the third film in the Pixar franchise deals with darker themes, as Lightning fights to stay relevant and avoid becoming a commercial sell-out as his racing days are numbered.

The crash — which is depicted in the new trailer — is a major turning point in Lightning’s life.

“I can’t go out on the track and do the same old thing. It won’t work,” opines the lead character.

He’ll have his work cut out for him, with a hot new racer Jackson Storm (Armie Hammer), getting all the attention.