Carrie Fisher Remembered on Anniversary of Her Death: ‘Most Brilliant of Humans’ 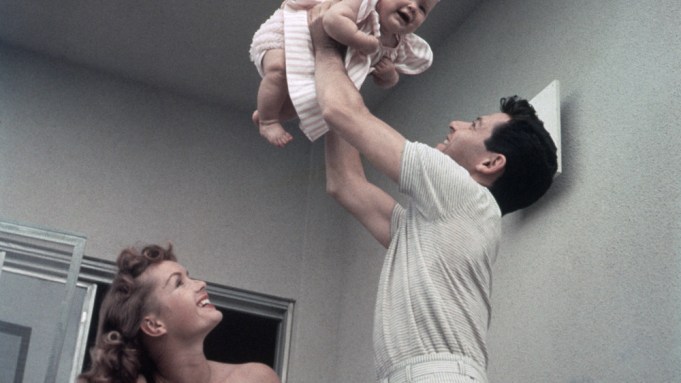 Carrie Fisher’s friends and fans took to Twitter on Wednesday to honor the late star on the one-year anniversary of her death.

Fisher, best known for playing the space princess and rebel general Leia Organa in the “Star Wars” franchise, died on Dec. 27, 2016, after suffering a heart attack on a flight from London to Los Angeles. She was 60.

Her close friend and “Star Wars” on-screen brother, Mark Hamill, posted a series of photos of Fisher with the caption, “No one’s ever really gone.” His #CarrieOnForever hashtag began trending quickly on Twitter, as other users included it in their tribute posts.

Josh Gad tweeted a gif of Fisher and wrote, “We miss you. We love you,” while William Shatner posted a picture of him and Fisher hugging.

Treasure Comics creator Catrina Dengar wrote, “Thank you so much for everything you were. We’ll make you proud, promise.”

Thank you so much for everything you were. We’ll make you proud, promise. #CarrieFisher #CarrieOnForever pic.twitter.com/MgpZrmDTV5

“I will be forever grateful to have known this most brilliant of humans,” Craig Ferguson said.

I will be forever grateful to have known this most brilliant of humans. #CarrieOnForever pic.twitter.com/PeLMj64bLS

Fisher had wrapped shooting on the latest “Star Wars” installment before she died, making “The Last Jedi” her final film role. Director Rian Johnson dedicated the movie to Fisher and honored her at the premiere earlier in December.