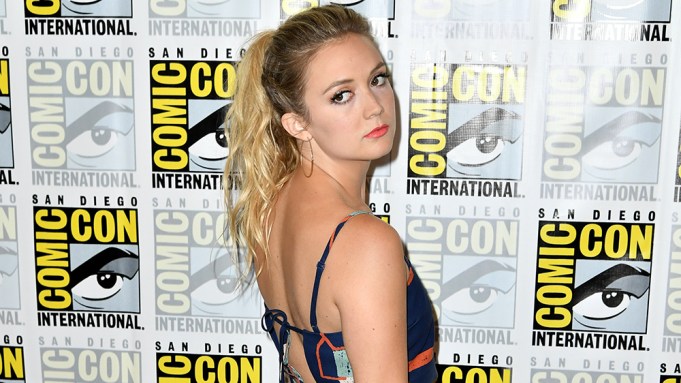 In an interview on “The Ellen Show,” Billie Lourd revealed that she originally auditioned for the role of Rey in “Star Wars: The Force Awakens.”

“J.J. Abrams called me to come in for ‘Star Wars’ because he couldn’t find someone for the lead,” she explained. “I went in and he ended up giving me this tiny role with a couple lines and I was super excited. I didn’t know what was going to happen, ended up going and fell in love with it — was weirdly singing Jersey Boys on set, really comfortable.”

The lead role, of course, ended up going to Daisy Ridley. She will reprise the role of Rey in the upcoming “Star Wars: The Last Jedi,” due out in theaters Dec. 15, 2017.

Lourd went on to star in Fox’s “Scream Queens” before its cancellation in May. She also spoke about getting to act alongside her late mother on “The Force Awakens.”

“It was incredible,” she said. “I’m a big believer in things happening for a reason and I think I ended up in that movie for a reason. It was really incredible for us to have that experience together.”

Watch the full interview here or above.