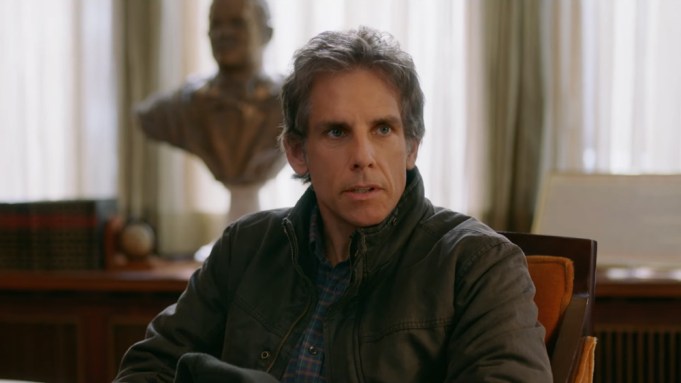 Stiller plays the titular Brad, who, despite a good career and happy family, is obsessed with the better fortunes of his old friends from school. While escorting his musical prodigy son (played by Austin Abrams) on an East Coast tour of colleges, he is forced to confront the success of his friends and his own feelings of failure.

“My mind drifts at night,” he says in a voiceover. “I work for a nonprofit and I have nothing to show for it.”

“Dad, are you having a nervous breakdown?” Abrams asks after noticing his father’s anxiety.

Sidney Kimmel Entertainment first unveiled the project last year after White brought the project to SKE with Plan B attached. SKE, Plan B, and David Bernad are producing. SKE and Amazon are co-financing the film.