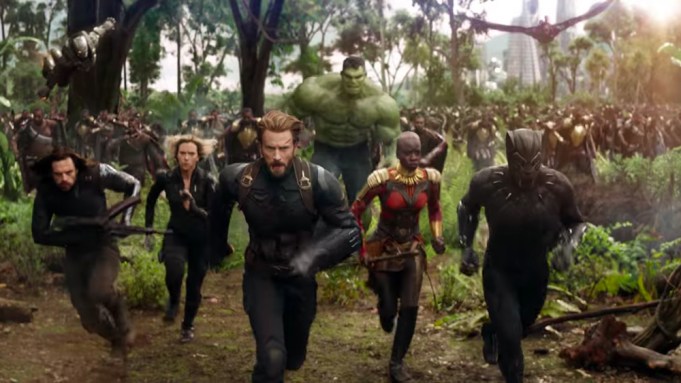 The powerful first footage shows the mother of superhero team-ups — the Avengers, the Guardians of the Galaxy, and almost every other major Marvel hero joining forces to take on Thanos (Josh Brolin), who is trying to collect the Infinity Stones, on several battlefronts.

“There was an idea to bring together a group of remarkable people, to see if we could become something more. So when they needed us, we could fight the battles that they never could,” the characters say in the trailer’s opening.

The movie picks up four years after the events of “Guardians of the Galaxy Vol. 2.”

The trailer arrives five months after the first footage was screened at Disney’s D23 Expo and at San Diego Comic-Con.