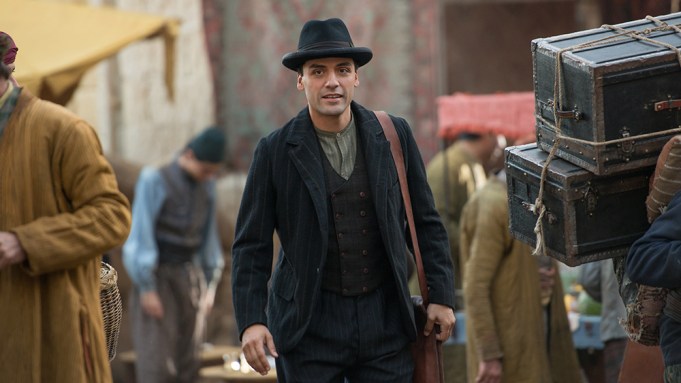 “Empires fall, love survives” is the tagline in the official trailer for the historical drama “The Promise,” starring Christian Bale and Oscar Isaac.

In the Open Road film, Bale and Isaac fall in love with the same woman amid the Armenian Genocide.

Bale portrays an American Associated Press journalist while Isaac plays an Armenian medical student whose life is on the line during the genocide carried out by the crumbling Ottoman Empire during World War I. Bale has brought his Armenian girlfriend, played by Charlotte Le Bon, from Paris to the war zone. Issac’s character is immediately smitten by her when they meet. But there’s scant time in the trailer for romance as the empire devolves into bloody chaos. That results in the trio joining forces to get their people to safety — and save themselves.

When asked by an Ottoman general what the AP is doing in the region, Bale responds by saying, “Reporting on the war.” “There is no war here,” the general responds.

The trailer ends on a hopeful note with Isaac telling Le Bon, “We will build a future together.”

“The Promise” hits theaters on April 21.