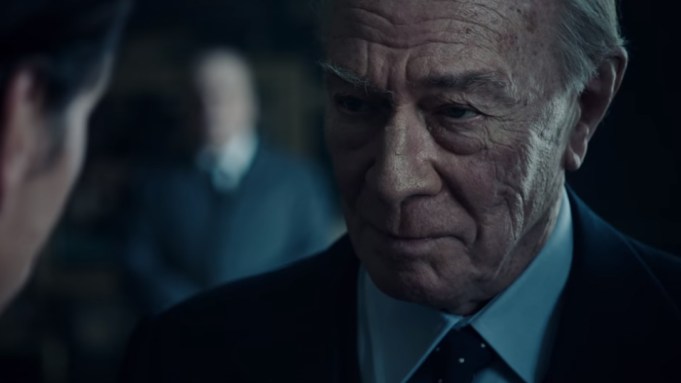 Sony has released a new trailer for its thriller “All the Money in the World” with Christopher Plummer having replaced Kevin Spacey in the key role of J. Paul Getty.

Sony announced on Nov. 6 that it was  was pulling “All the Money in the World” from AFI Fest as the closing night film in the wake of sexual harassment and assault allegations against star Spacey.

“All the Money in the World” is the story of the 1973 kidnap in Italy of  John Paul Getty III — the rebellious teenage grandson of oil billionaire John Paul Getty, who was reluctant to pay the $17 million ransom demanded by the kidnappers.

The trailer includes several shots of Plummer, who’s asked at one point what he could possibly still want. The one-word answer is “More.”

The kidnappers sent a lock of hair and the teen’s severed right ear to the family to convince them pay the ransom. Harris and the boy’s father eventually convinced the elder Getty to pay a $2.9 million ransom, resulting in the teenager being freed after six months. He had been chained to a stake in a cave in Italy.