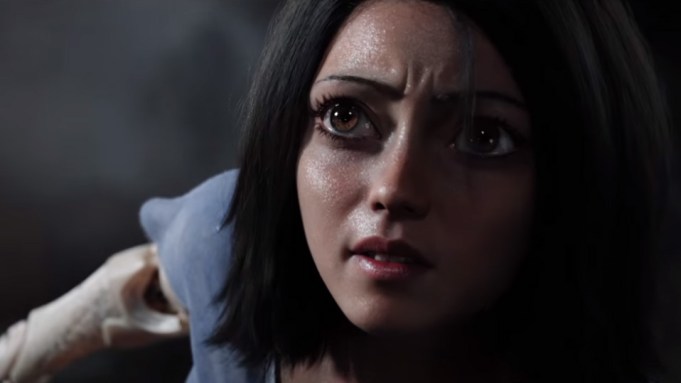 Rodriguez, James Cameron, and Laeta Kalogridis wrote the screenplay for the film, based on the manga series “Gunnm” by Japanese artist Yukito Kishiro. “Alita: Battle Angel” is an action-packed sci-fi story of a woman’s discovery of her own abilities and her fight for global change.

Cameron originally wrote a 186-page screenplay accompanied by 600 pages of notes and eventually shared both with Rodriguez, who tried his hand at cleaning up the draft to transform it into a shooting script. Satisfied with the result, Cameron also asked Rodriguez to direct the movie.

“Robert and I have been looking for a film to do together for years, so I was pumped when he said he wanted to do ‘Battle Angel,'” Cameron said in the 2015 announcement of the film. “He’s very collaborative and we’re already like two kids building a go-kart, just having fun riffing creatively and technically. This project is near and dear to me, and there’s nobody I trust more than Robert, with his technical virtuosity and rebel style, to take over the directing reins. We’re looking forward to learning a lot from each other while we make a kick-ass epic.”

The trailer depicts live-action clips featuring computer-animated actors, such as Rosa Salazar (who, in a motion-capture suit, plays the titular character), communicating directly with non-animated actors. The entire film was shot on practical sets at Rodriguez’s Austin, Texas, studio lot.