Al Gore on Why He No Longer Supports the Electoral College 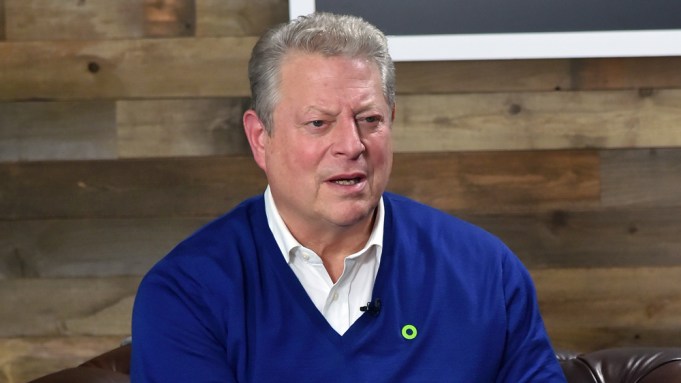 Eighteen months ago, Al Gore and Jeffrey Skoll agreed to make a sequel to “An Inconvenient Truth,” the 2006 Oscar-winning documentary about climate change. “We realized there was a reflection piece needed, but also this exciting new opportunity for solutions with clean energy and costs coming down,” said Skoll, the founder of Participant Media, which financed “An Inconvenient Sequel.”

The movie, which premiered at the Sundance Film Festival on Thursday night to a lengthy standing ovation, arrived at a crucial turning point. On Friday, just hours after Donald Trump was sworn in as the 45th president of the United States, Gore chatted with Variety about the film, directed by Bonni Cohen and Jon Shenk.

Here are some highlights.

On cameras following him around: “They are so talented, Bonni and Jon, they just kind of disappeared. They are very good at this. You begin to forget that they are there.”

On being hopeful about the fight against climate change: “No one person can stop this movement. It’s beyond one nation, any government. Now it’s happening all over the world. The sustainability revolution is as broad in scope as the industrial revolution, but it’s happening with the speed of the digital revolution. We are going to win. Now the remaining question is how fast we’ll win. One of the reasons for making this movie, we want to speed up the progress.”

On Trump’s inauguration speech: “I personally want to read it and reflect on it, before I comment on it.”

On people fearing a Trump administration: “We are a nation of laws, not men. We have checks and balances. We have three branches of government. We have state and local governments. We’re just going to stand up for what’s right and good and special about our country. We’re going to make it fine. I think we have to make it okay. We can’t just assume it’s going to be. I have seen, for whatever reasons, in the last two months an enormous upsurge in the number of people who are signing up as members of environment groups and social-justice groups. If people continue expressing their determination to make America what it is really supposed to be following the design of our Founders, yeah we’re going to be fine. It requires personal commitment to stand up for what’s right.”

On Trump winning last November: “I was not as surprised, to tell you the truth. But I had put too much reliance on the last weekend of polls.”

On the Electoral College: “I supported the Electoral College even after the Supreme Court decision of December 2000, but in recent years, I have changed my view. I think a direct election of the president would be in the best interest of the country, not because of the particular outcome of this election. Really, as a matter of principle, I think it would drive greater voter participation. I think the balance has tipped in favor of going to a direct vote. We’ll see. A lot of people like the system as it is.”

On riding the subway in Paris in the film: “Traffic in Paris was really deadlocked. When it became clear that we were going to be late, I said, ‘Hey let’s take the subway.’ I’ve been on plenty of subways.”