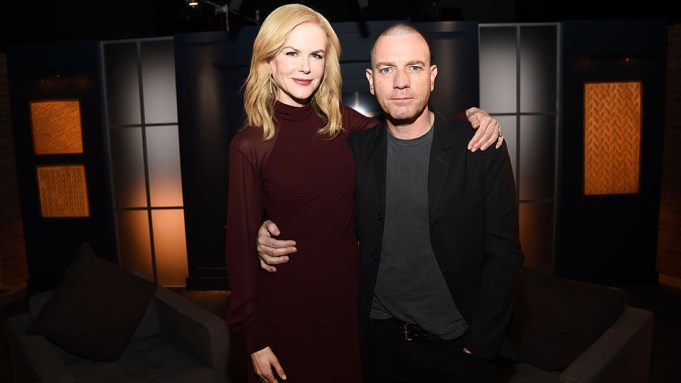 It’s said that hindsight is 20/20, but Ewan McGregor revealed that he knew “Moulin Rouge!” was going to be a success before the film even came out.

“I don’t think you do work unless you think it’s going to be great,” McGregor said. “I’ve never approached anything thinking, ‘Well, this might be a bit crap but…'”

Sixteen years after the musical rom-com’s release, “Moulin Rouge” stars McGregor and Nicole Kidman sat down to discuss working on the Baz Luhrmann movie for Variety’s “Actors on Actors” series.

Six months before they started shooting, the cast participated in a two-week singing and dancing workshop. Kidman admitted she had a harder time with it than McGregor did.

“I just remember you having this exquisite voice and me going, ‘I’m never going to be able to hit these notes,'” she said.

Kidman disagreed. “You were so much better than me.”

Still, Kidman had some scene-stealing moments. She added some improvisation for “Elephant Love Medley,” which became a particularly funny bit to shoot, McGregor recalled.

“All those workshops we did, we’d work on a scene and then a week later the work that we’d done on it as actors would have been incorporated in the writing. And that never happens. That’s very rare,” he said.

Kidman agreed, saying, “It’s just gorgeous. It’s such a great thing to share. I always say this: when you get to share something like that together, it’s yours forever. It’s something we all created together and it bonds you in a very particular way, doesn’t it?”

Between filming, the actors discussed having some wild nights involving dancing on tables.

“Exactly,” Kidman said. “I remember absinthe being passed out at some point and me going, ‘Is this safe?’ I was so naive.”