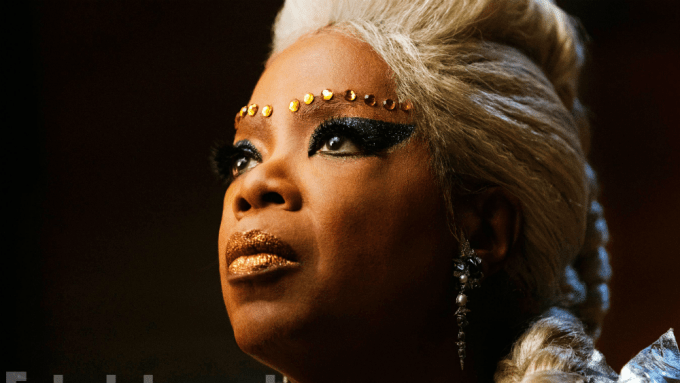 The first footage from Ava DuVernay’s highly-anticipated “A Wrinkle in Time” is finally here. Disney did the honors during its D23 Expo on Saturday.

DuVernay, the director of “Selma” and the documentary “13th,” among other projects, joined “A Wrinkle in Time” in Feb., 2016. The story follows a group of children as they travel through time and visit strange worlds in order to find their missing father. Storm Reid plays the oldest daughter, Meg Murray, in the movie.

The rest of the star-studded cast includes Oprah Winfrey as Mrs. Which, Reese Witherspoon as Mrs. Whatsit, Mindy Kaling as Mrs. Who, and Chris Pine, who all joined the stage to present “Wrinkle” alongside DuVernay and Reid. Zach Galifianakis and Gugu Mbatha-Raw also star, but were not in attendance.

In the trailer, Eurythmics’ “Sweet Dream” scores as Pine explains the mechanics of time travel, and space travel, for that matter. However, when his discoveries leave him the target of a kidnapping, it’s up to Reid to save the day. The 1:49 clip concludes with sweeping action shots and just enough plot to entice, but ultimately leave us guessing.

Jennifer Lee, who wrote and co-directed “Frozen” with Chris Buck, is responsible for penning the adaptation of Madeleine L’Engle’s book for Disney.

Earlier in the weekend, Winfrey was honored as a Disney Legend. During her acceptance speech, the legendary actress spoke about the studio’s impact on her life. “Disney, ABC 7 let me be me,” she said of her long-running “Oprah Winfrey Show.”

Disney has made several announcements during the D23 expo, including announcing two untitled animated movies and sharing updates on the “Wreck-it Ralph” sequel, “Incredibles 2,” “Toy Story 4,” and more.

“A Wrinkle in Time” is expected to hit theaters March 9, 2018. The teaser can be seen above.