Continue to Variety SKIP AD
You will be redirected back to your article in seconds
Feb 20, 2017 1:23pm PT 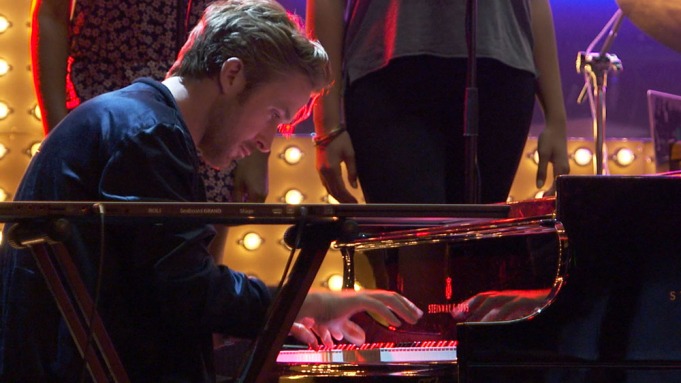 For his Oscar-nominated role in “La La Land,” Ryan Gosling spent three months learning to play the piano — so it’s somewhat of a compliment that many people ask if there was a hand double involved. “It’s all Ryan,” says writer-director Damien Chazelle, adding that there was initially going to be someone on deck just in case, but it was never needed.

New, behind-the-scenes video provided to Variety shows Gosling on set rehearsing or playing in several scenes, including the number “Start a Fire” with John Legend and at the wedding of his character’s sister.

It’s not the first time Gosling has taken on a special skill or gone to extremes for a film. For “The Notebook,” he spent two months soaking up the culture of in Charleston, SC and even learned to build furniture like his character. To put on 60 pounds for “The Lovely Bones,” a film he eventually left, Gosling would melt ice cream and drink it.

Music has always been a part of Gosling’s life; as a child, he sung and dance alongside the likes of Justin Timberlake and Britney Spears in “The Mickey Mouse Club.”

All his hard work has paid off, earning him his second best actor Oscar nod; he was previously nominated for the 2006 film “Half Nelson.” He also provides vocals on “City of Stars,” which is up for best original song.

Check out behind-the-scenes video of Gosling in “La La Land” below.