Continue to Variety SKIP AD
You will be redirected back to your article in seconds
Dec 12, 2017 8:40am PT

How the Palme d’Or Went Missing: Star of Cannes Winner ‘The Square’ Explains 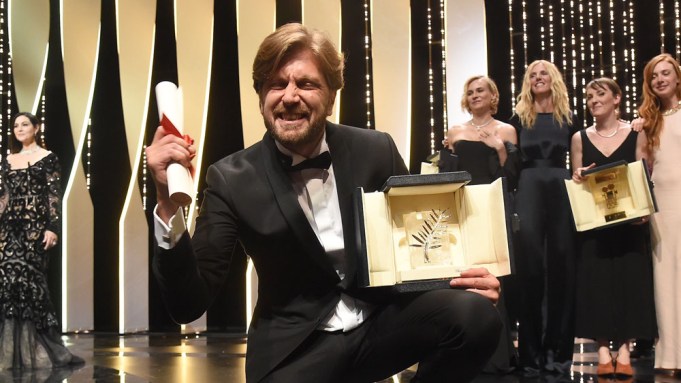 The director of “The Square,” which won the top prize at this year’s Cannes Film Festival, lost the trophy, the Palme d’Or, briefly, the film’s lead actor Claes Bang told Variety in a video interview at the Dubai Film Festival. This week the Swedish film picked up a Golden Globe nomination and six European Film Awards, including best film and actor.

Bang, who plays art-gallery curator Christian in Ruben Ostlund’s art-world satire, said: “Ruben wanted to do a photo re-enactment of the whole week in Cannes — us arriving, all the expectation, the screening — and we were carrying cameras, lights … a lot of s—. So we pack everything up, and put it in the car, and drive around. And at one point we were like ‘Okay let’s move on. We need to do the next thing.’