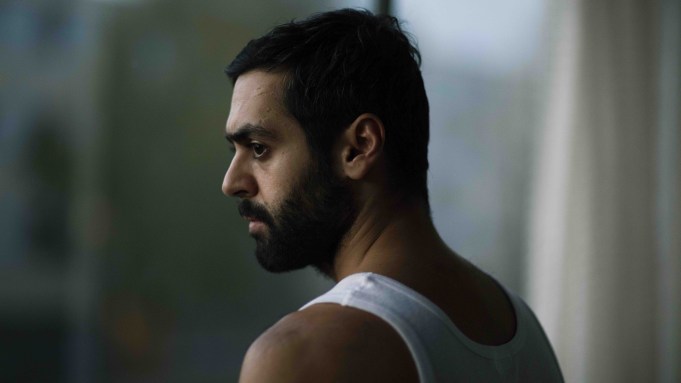 Marking him out as a young European talent to track, Denmark-based Milad Alami’s debut feature “The Charmer” has lived up to its title: at September’s San Sebastian Fest, where it world premiered, it secured an upbeat critical reaction: it’s now won six awards around the globe; and it’s sealed its first major territory sales, with more in the offing.

First sales come as “The Charmer,” an increasingly intense psychological drama-thriller, competes at Les Arcs European Film Festival and unveils a first trailer, which nails some of its originality.

In further sales, “The Charmer” has closed Switzerland (Sister), Greece (Danaos), India, most of Eastern Europe (HBO, but Alma is securing theatrical in big territories) and China (Hy Media). Germany, Spain, Portugal are under negotiation. More sales are expected to close during the Berlinale after a Palm Springs screening and other festival berth, said Alami.

Scanbox will release “The Charmer” in Denmark on May 17.

The trailer, to which Variety has had exclusive access, suggests that, yes, this is a film about immigration, but it comes in at the issue from a fresh angle and tones. It captures Esmail (Ardalan Esmaili, in just his second feature), a young, mannered Iranian and ladies’ man who is attempting to prove to immigration authorities that he has a live-in, longterm relationship with a Danish citizen.

Crucially, however, and for reasons which are steadily revealed in the film, one thing he is not looking for is marriage. Lectured by multifarious authority figures, the huge complication of his life only increase as he falls in love with a beautiful Iranian law student, Sara – their mutual attraction is their shared solitude, said Alami – and is stalked by the husband of a woman who committed suicide when Esmail abandoned her. The clock, meanwhile, is ticking on his likely expulsion from Denmark.

What the trailer captures, thanks in part to Martin Dirkov’s genre-tinged score, is a noirish, worrying sense of paranoia and foreboding, with Esmail looking literally over his shoulder, being pushed under water, waking up in a sweat, at a lonely bustop, walking down dark streets and corridors, being told that someone is looking for him, staring in confusion out of window, being warned by the lovely Sara (electropop singer Soho Rezanejad, a striking debut, reviewers concur) that her father, though dead, sees everything, as if Esmail has something to hide. Then there’s a shot of a woman falling out of a window. The trailer ends with Esmail escaping down a lane in pitch black night, panting in fear, most probably running for his life.

Variety’s Guy Lodge called “The Charmer” an “accomplished,” “subtly engrossing, psychologically fraught debut.” He added: “What seems a premise for an earnest social-issue drama is darkened and complicated, however, by a progressively noir-ish strain of morally elusive mystery — enhancing the international distribution prospects of a topical, tightly wound slow-burner.”

“One common reaction from audiences has been that they’re surprised by the type of movie they see, and the twists it takes which are much bigger for audiences than I anticipated,” Alami said.

He added: “One big learning experience for me was the weight the story has. We tried to surprise the audience and I think that works with the film, and is why it catches people.”

It’s a psychologically-nuanced study of an outsider, in Denmark in legal or social terms, all the more so in its rich died-in-the-wool ex-pat community, and even in his own family home.

For Alami, this sense of not belonging also extends to Sara, the daughter of a famous Iranian singer who is a luminary of a nostalgic ex-pat Iranian community in Copenhagen.

“She is a kind of symbol for second-generation immigrants who mix with two cultures. When you grow older you can live with both parts, but when you are young, you are often confronted with making a choice.”

“The Charmer” is also shot with stylistic finesse, exemplified by within-shot vertical framing and multiple passage-ways and corridors, one seen in the trailer, to suggest a protagonist who is lost in a labyrinth. That also seems to have worked, Alami commented. “Early on, we had the idea of creating a maze of corridors and reflections in mirrors in order to create a claustrophobic mood and a lot of people have said that the movie feels claustrophobic.”

Now contending in main competition at Les Arcs’ European Film Festival, “The Charmer” has won, among a half dozen or more plaudits, the Fedeora Award at a hard-fought San Sebastián New Directors competition and a Chicago Fest Silver Hugo for best film in its New Directors Competition.

It was 85% financed by the Danish Film Institute’s New Danish Screen talent scheme.