In today’s International Newswire, Variety asks if animation could be a growth sector for the independent movie business, as “Paddington 2” outperforms the original in China and France, as the U.K. before them. Also, homegirl-made-good Alicia Vikander bids fair to be a major presence at late January’s Göteborg Festival, Enders Analysis looks at the vertiginously changing world of children’s media, and a snapshot of politician and media-culture activist Xavier Bertrand, as he places Lille and Hauts-de-France on the international film-TV radar.

Watch animation. As theatrical returns and even openings worldwide on U.S. and foreign independent movies come under ever more pressure from Hollywood and local blockbusters, animation looks like one part of the independent movie industry which can put in a claim to have arresting growth prospects. The explosion of Latin American animation feature titles coming onto the market helped make the 9th Ventana Sur,  which wrapped Dec. 1, the strongest edition ever with Latin America’s biggest movie market firing on at least four movie cylinders: New acclaimed art films, such as Mexico’s “La Camarista”; Latin American auteur genre; a swathe of pristine titles from Argentina, such as “Animal,” from Oscar winning screenwriter Armando Bo (“Birdman”), Viacom’s biggest movie bet ever in Latin America; and animation, with “Escape to India” and “Noah Ark,” whose producers include Juan José Campanella and Walter Salles, proving two of the biggest titles at the market. Just a week later, Europe’s animation community pulled off a successful first European Animation Awards, with “The Book of Kells’” Tom Moore announcing on stage at the prize ceremony “a golden age” of European animation. The awards come as the E.U., via its MEDIA Program, discuss preferential funding for its animation companies, animated feature “Loving Vincent” blasts past $20 million, and “Paddington 2” looks set to outperform the original in China. Animation certainly isn’t a license to print money. Its trad 2D and stop-motion forms in Europe are challenged by a audience equation of gold-standard movie toons with big CGI VFX fare, producer Didier Brunner observed before the EAAs. But its conversation is at least about how to secure a better future, not if the industry has a future outside digital platforms.

A case to point, regarding animation: “Paddington 2.” Produced by “Harry Potter” and “Gravity’s” David Heyman and financed, distributed and sold by Studiocanal, “Paddington 2” opened last weekend in China, placing No.2 behind “Coco,” for a first frame $15.7 million – more than the original took on the whole of its run there. In France, it bowed No. 1 last Wednesday, 6% up in admissions, though it remains to be seen how Saturday’s national mourning for Johnny Hallyday may affect weekend figures. In the U.K, “Paddington 2” is just shy of the original’s box office gross of £30 million ($40.2 million), and still performing strongly with school vacations as yet to kick in. The real decider of “Paddington 2’s” final trawl will be its performance in the U.S., where Warner Bros. Pictures opens the family comedy on Jan. 12. The original over-performed for The Weinstein Company in 2015 with $76 million domestically: A big but not impossible ask to beat. 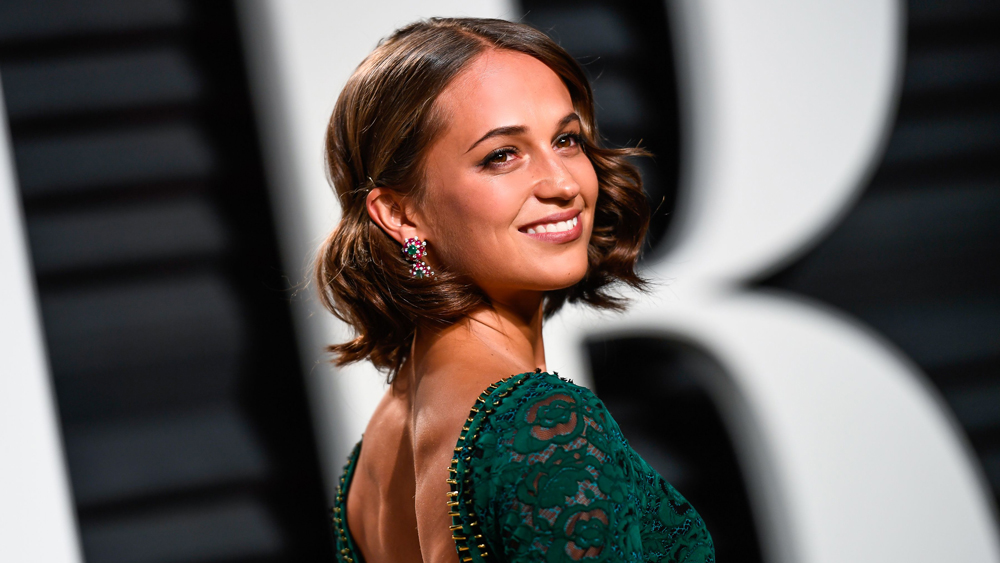 ALICIA VIKANDER TO BE HONORED AT GÖTEBORG

Hailed as “one of the major Swedish actors in film history” by Göteborg Festival artistic director Jonas Holmberg, Alicia Vikander, a Best Supporting Actress Oscar winner for “The Danish Girl,” will receive the 2018 Nordic Honorary Dragon Award from Sweden’s Goteborg Festival, Scandinavia’s biggest industry event, which runs Jan. 26 to Feb. 5. This is a coup, though a logical one at that. Priming their coming-live factor, festivals are increasingly driven and defined by events within events: Mexico’s Morelia was energized by its world premiere of “Coco” and extraordinarily generous presence of Guillermo del Toro. Vikander will present “Euphoria,” her third movie with Lisa Langseth after the acclaimed “Pure” and “Hotell.” Though critics’ reactions to “Euphoria” don’t quite measure up to its title, Vikander can bring a lot to the table as not only a considerable Hollywood star and acclaimed actress but also budding producer – “Euphoria” is her first film at her production label, Vicarious Productions -whose presence on a movie can raise its profile to another level. Her masterclass looks already like one of Göteborg’s highlights.

Children’s media use and attitudes have dramatically changed over the last few years, thanks to rapid take-up of smartphones and tablets, according to an Enders Analysis report published Friday, Children Changing Video Habits and Implications for the Content Market, which was published Friday. Among the report’s stats, which ficus on the U.K.: 43% of children aged 8-15 prefer YouTube videos to TV programs; 65% of 3-4s own tablets; since 2012, traditional TV viewing has fallen about 45% among 8-15s; the most-watched TV shows by children are not children0’s shows but family events, such as “Britain’s Got Talent” and “Strictly Come Dancing.” That said, the TV set still accounts for over 75% of children’s video viewing in the U.K., and “developments have arguably shifted the balance of power in favor of content producers who have a wider variety of options when it comes to exploiting rights.”

Also, and it’s another takeaway from the European Animation Awards, watch Lille and the Hauts-de-France region. The latter, comprising Picardy, Lille, the mining basin to the south, and Calais, is hardly a household name, but then it was only created in September last year, merging Calais and Picardy. Now, its president, Xavier Bertrand, a center-right former labor minister under Nicolas Sarkozy, is helping to put it on the map. It was Bertrand who famously turned back the tide against Marine Le Pen beating her in her north France stronghold in regional elections in December 2015 by appealing across the political divide to socialist voters. Allied with Martine Aubry, Lille’s socialist mayor, earlier this year Bertrand wrestled French governmental backing for a French TV festival, now the Lille-located Series Mania, launching next April. He also fought tooth-and-claw to attract the first European Animation Awards, which took place in Lille on Friday. Attendees were impressed by its spacious but centralized locales, such as the Nouveau Siecle, where the ceremony took place. 50 minutes by train from Charles de Gaulle, Lille is closer time-wise to Paris’ biggest airport than many parts of Paris. Like much of Hollywood, Bertrand insists culture can battle both unemployment and extremism. Hauts-de-France will prove an interesting test case for the future.