Fox partners in the U.S., Latin America, among other key territories, on buzzed-up chiller, produced by Pablo. E. Bossi 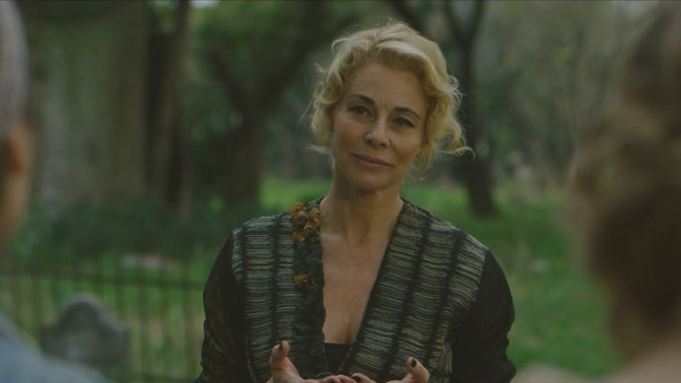 Fox International Productions (FIP) is partnering with Pablo E. Bossi (“Nine Queens”) to produce “You Shall Not Sleep,” (“No Dormirás”) the latest film from “Casa Muda’s” Gustavo Hernandez, which 20th Century Fox will distribute in the U.S., Latin America and German-speaking territories.

The Fox distribution deal was struck by FilmSharks Intl. which has acquired international territory sales rights to “You Shall Not Sleep” and will introduce it to buyers at the Toronto Festival. Variety has had first access to an international trailer and initial teaser artwork.

One of the most awaited of Latin American horror movies since Hernandez and his producing partner Ignacio Garcia Cucucovich first announced it to Variety at 2015’s Ventana Sur, “You Shall Not Sleep” is produced by Bossi, whose credits include Ricardo Darin’s “Chinese Takeaway” and “Black Snow,” Maria Luisa Gutierrez, producer of Santiago Segura’s “Torrente” saga, Argentina’s Juan Pablo Buscarini (“Gamemaker 3D) and  Cucucovich (“Casa Muda”), Hernandez’s longtime producer. It marks the latest feature from Hernandez, who burst onto the international scene with “La Casa Muda” (“The Silent House”), which world-premiered at Cannes’ 2011 Directors’ Fortnight to large enthusiasm, was sold over the world by Elle Driver and became a studio remake title as “Silent House,” helmed by “Open Water’s” Chris Kentis and Lara Lau, and distributed by Universal.

Written by Juma Fodde Roma ( “Splendorous Garden of the Heart”), “You Shall Not Sleep” continues Hernández’s hallmark claustrophobia and theme of the past coming back to haunt the present, sometimes literally.

It weighs in as a building supernatural chiller set in an abandoned psychiatric hospital, where a radical theater group experiment with insomnia for the preparation of a stage play. With the passage of days without sleep, they reach new thresholds of perception, about the energies and hidden stories of the place. But when Bianca, a young star promise,  joins the cast, competing for the lead role, she must survive not only the intensity of work and her companions, but an unknown force that pushes her, like others, to a tragic outcome, the synopsis concludes.

With Fox on board, “You Shall Not Sleep” now boasts the combination of studio backing and a broad alliance of international independent producers which is becoming a hallmark of the most ambitious movies coming out of Latin America.

“There is huge horror market in Latin America and Spain, and we are aiming to produce the very first Latin mainstream horror film ever made to compete at the box office with studio horror films,” Bossi said.

FilmShark’s Intl.s Guido Rud added: “This is the kind of film with a dream team of talent and partners that might change the face of Latin horror/suspense forever and will open a new dimension of business in the region; pre-sales are insane at this point.”