Shark thriller '47 Meters Down,' starring Mandy Moore, is the biggest independent release in the U.S. so far this year 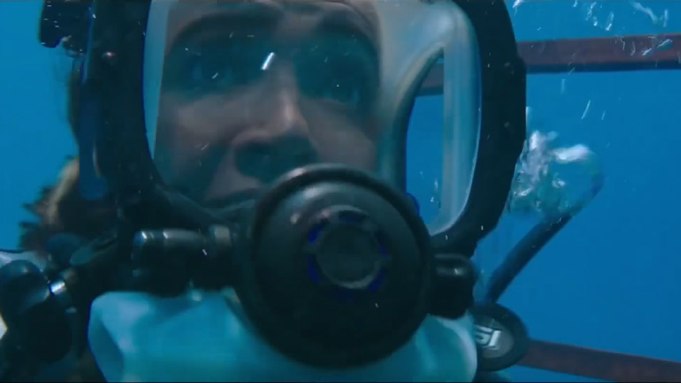 London-based movie production and finance house the Fyzz Facility, which has invested more than $250 million in more than 200 features in the past five years, has appointed seasoned dealmaker Charles Auty, formerly of Ingenious Media, as managing director of its financing operation. Fyzz produced this summer’s indie breakout hit “47 Meters Down,” starring Mandy Moore; upcoming movies include Jackie Chan and Pierce Brosnan starrer “The Foreigner,” directed by Martin Campbell.

Auty joins Fyzz after 12 years at Ingenious, where for the past five years he was the managing director of its $500 million flagship independent film fund. Movies he has helped finance include “Avatar,” “Life of Pi,” plus the “X-Men” and “Planet of the Apes” franchises. Other credits include “Mr. Turner,” “Carol,” starring Cate Blanchett, and “Brooklyn,” starring Saoirse Ronan.

Fyzz’s co-CEOs Wayne Marc Godfrey and Robert Jones said: “It’s a real coup for the Fyzz Facility to attract an industry leader of Charles’ caliber. Our business has grown exponentially over the past three years and we are confident that, under Charles’ skilled direction heading up the finance team, that growth will continue.”

Auty will spearhead the company’s financing activities on individual projects, assume responsibility for existing relationships with producers, and develop new financing strategies, alongside Godfrey and Jones, the company said.

Johannes Roberts’ shark thriller “47 Meters Down,” which Fyzz fully financed and produced, recently clocked more than $43 million at the U.S. box office and is the biggest independent release so far this year. The company announced this week it will produce and fully finance Victor Levin’s “Destination Wedding,” starring Winona Ryder and Keanu Reeves.

The company, which was founded in 2010, has tried to stay under the radar thus far, Jones told Variety. “We always sought out the people that we wanted to work with rather than have an open house,” he said, adding that they have been careful to evaluate the market potential of each project. “We have not been tempted to go off-piste and let our hearts rule our heads.”

Gaining the confidence of investors was paramount, Jones said. “When we started there was a real imperative to ensure that we got involved in films that were real… that were actually going to happen.” Godfrey added: “As a financier we tend to want to come on board when a few pieces of the puzzle are in place [such as the talent or the sales company].”

Despite their caution, the past three years have seen “astronomical” growth for Fyzz, and so far this year it has already closed more than double the number of financing deals compared with the whole of last year. Jones attributes this to their reputation as a proactive and sensitive lender. “We have a reputation for being pragmatic, very fast to respond and being hands on in helping people get their films together,” he said. “We are also sensitive to the whole process, because we also produce, and understand how things can change.”

Auty added: “It’s one of the things that attracted me to the proposition of working with these guys: there’s a rigor of approach in the assessment and selection of projects they want to board, but once that has happened there is a dedication and flexibility of approach to getting [the deal] done.”

Godfrey added: “We try to be like a conductor to our closing process and not just be a passive participant. As a financier involved in a multiparty closing, it is very easy to just go along with the journey, but we realized early on that to be more aggressive in that part of the process would ultimately help drive films to close quicker.”

As well as lending to other producers, the company has a slate of its own productions, such as “The Foreigner.” It has around 30 projects on its development slate, and aims to move four or five movies a year into production. Its in-house production capability received a boost last year when it merged with Mark Lane and James Harris’ production company The Tea Shop, which developed “47 Meters Down.”

Fyzz has no limit on the budget of projects it will consider. “Budget is not important to us. The commercial viability of the movie sets the price,” Godfrey said, adding that “The Foreigner” has a $43 million budget, while “Destination Wedding” is budgeted at $5 million. Although many of its movies are genre pics, the company is not restricted to those, and it will also back auteur cinema. Its past credits include Taylor Sheridan’s “Wind River,” starring Jeremy Renner and Elizabeth Olsen; Martin Scorsese’s “Silence,” starring Liam Neeson; and Stephen Fingleton’s BAFTA-nominated “The Survivalist.” The Fyzz chiefs “are driven to make films that our team is passionate about,” Godfrey said. “We want to make films with people who will fight for them.”

Whether the company is financing movies from other producers or developing its own projects, the criteria for evaluating their market potential is the same. “Each side [financing and production] informs the other,” Auty said. “The skillset and knowledge on the financing side helps keep you commercially grounded when you are looking at the producing proposition.”

The international distribution business is tougher than ever with minimum guarantees declining year on year, and distributors are ever more cautious about pre-buying movies, so Fyzz’s ongoing success depends on the quality of the movies it delivers. “We pride ourselves on making sure everything we do is the best it can be. It is not about being a [content] factory,” Godfrey said.