Watch the Trailer for Urszula Antoniak’s ‘Beyond Words’ (EXCLUSIVE) 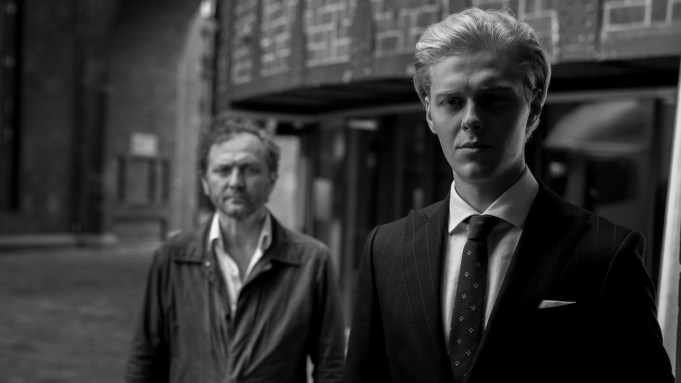 Written and directed by the Polish-Dutch Antoniak, “Beyond Words” world premieres at the Toronto Festival before segueing to a competition berth at San Sebastian later in September. Variety has been granted exclusive access to the first international trailer and poster for Antoniak’s study of the emotional limits to an immigrant’s freedom, that Global Screen, which has world sales rights, have sold to Surtsey Films for Spain.

September Films will distribute “Beyond Words” in the Netherlands.

Filmed in black and white, “Beyond Words” focuses on one weekend in a young Berlin lawyer’s life which he never could have seen coming, and the ways in which it changes him going forward.

Michael, played by Poland’s Jakub Gierszał – one of Variety’s 10 Europeans to Watch at this year’s Berlinale – is sharp, sharply dressed, eloquent and hyper-successful, as comfortable in a stylish night-club as a board room.

The Michael his friends and co-workers know however, is a character, the dream of a Polish-born immigrant. Michael denies his true national heritage to himself as much as he does to others, taking time each day to practice his German accent and working hard to integrate as seamlessly as possible.

All seems to be going well for the up-and-comer until one weekend a disheveled bohemian shows up at his door, claiming to be his estranged father. Presented with his true past, Michael’s internal crisis seems inevitable.

In the film’s first trailer we see bits and pieces of Michael’s life changing weekend as he spends time with his father, hitting up Berlin hot-spots. We are then offered a brief glimpse of the impact it has on him and how he may have changed because of it.

Herself a Polish immigrant to The Netherlands, the themes explored by the film are especially close to writer-director Antoniak.

“The day I became a Dutch citizen was a moving and emotional experience for me, but I soon discovered that my Dutch passport has a symbolic value and no influence on how I’m seen by others,” she said.

Antoniak describes being an immigrant as a existential state, and explains that she was unsatisfied with the way immigrants were often portrayed on the screen.

“I couldn’t find films that dealt with this aspect of immigration, as they tend to reflect more on hardship, rejection, poverty and represent the immigrant as a victim asking for empathy,” she added.

“Beyond Words,” is a Polish-Dutch co-production and was financed with support from the Polish Film Institute, EC1 Lódź – City of Culture, the Netherlands Film Fund, the Netherlands Production Incentive and pan-European film financiers Eurimages.