And ‘Spinal Tap’ it is not 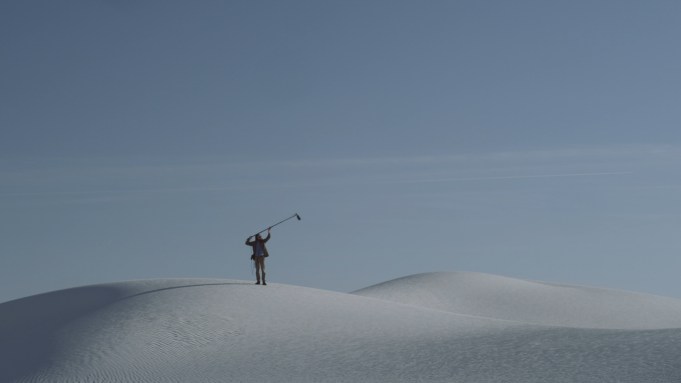 GUADALAJARA, Mexico — Zoé, maybe the latest major band to come out of Mexico, will world premiere its first movie, “Zoé – Panoramas,” at Mexico’s Guadalajara Festival on March 16 at a charity gala screening.

Guadalajara’s prime festival real estate for “Zoé – Panoramas” hardly comes as a surprise. Zoé’s record (one million plus from their last four studio albums) and concert (3 million tickets, 2011-15) sales make it one of the top 10 artists in Latin America.

More than that, however, drinking at the well of Brit Pop, they have fashioned a mix of faux naif tunes, irony-laced lyrics, and richly textured music sometimes sounding like a movie score, that makes them a distinctive voice on the Latin America music scene, winning a Best Song Latin Grammy for “Labios Rotos” and Best Alternative Album for “Música de Fondo.”

Written, produced and directed by Zoé’s drummer Rodrigo Guardiola and Gabriel Cruz Rivas, if its teaser, which went live a few weeks ago, is anything to go by, “Zoé – Panoramas” is no rockumentary of excess and band discord but rather a road diary following Zoé as they set off on a long tour of Europe and South America, finishing up in a recording studio in the U.S.

It’s no coincidence that “Zoé – Panoramas” begins with what looks like one of the band jumping up and down on the top of a huge industrial drum, pummeling out a sound, or that a second scene has another member on top of a snowy mountain.

Zoé likes singular sounds. And “Zoé – Panoramas,” a contemplative feature, looks to set out to get across something of the psychological tenor of being on the road. There’s a sense to the teaser of suspended reality and living in a fishbowl or a dream, emphasized by a goldfish balloon floating around a room as one of the group’s members tries out a tune at a piano. And also a feeling of nostalgia in the present, of visiting places which the band will never see again, while enduring discomfort and isolation.

Check out the trailer or catch the film if you’re down in Mexico for its release, scheduled for June to July this year. Though Zoé will want their film to be seen far beyond its native shores.