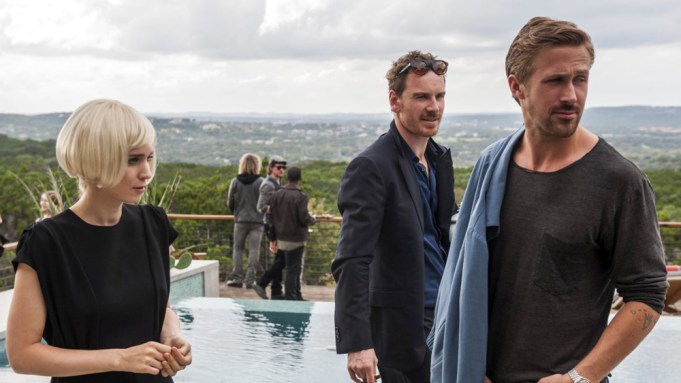 “I thought we could just roll and tumble, live from song to song, kiss to kiss,” Mara’s character, Faye, says.

The trailer — set to the music of Del Shannon’s 1961 hit “Runaway” — consists of quick shots of the Austin music scene and the romance between the two entangled couples. Gosling portrays struggling songwriter BV and Fassbender plays music mogul Cook as they chase success through a rock ‘n’ roll landscape of seduction and betrayal.

“He’s after you,” Gosling’s BV warns Faye about Cook.

Malick began shooting “Song to Song” in 2012. Broad Green Pictures is releasing the movie under its partnership with Malick, which was announced in 2015. “Song to Song” will debut as the opening night film at South by Southwest on March 10, followed by openings in Los Angeles and New York on March 17.

Malick’s most acclaimed film, “The Tree of Life,” opened the 2011 Cannes Film Festival. Since then, he’s directed “To the Wonder,” “Knight of Cups” (also starring Portman), and “Voyage of Time.”

Broad Green also released the poster for the film on Friday.