Nabil Ayouch: ‘No Subject Should be Taboo in the Arab World’ 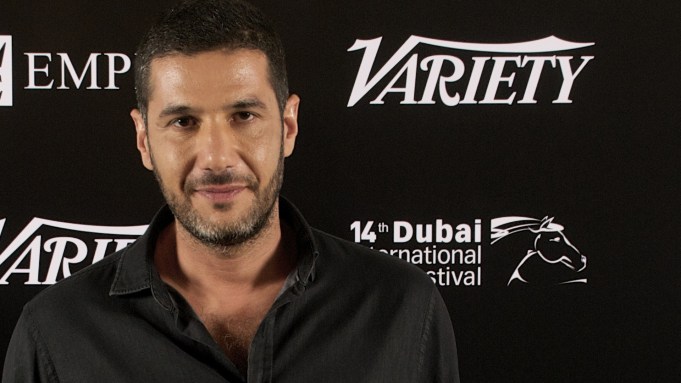 “No subject should be taboo in the Arab World today,” Nabil Ayouch, one of its leading film directors, told Variety Studio at the Dubai Festival, where he presented his latest feature, Casablanca-set “Razzia,” a multi-part fresco of how an act of censorship in the past plays out over four characters’ lives in the present.

Avouch went on to detail the dangers of restrictions: “If we want to develop this part of the world, if we want to give a voice to the talents – and there are many talents in the Arab world – we should be capable of watching ourselves in the mirror.”

He went on: “If we do not speak about ourselves as we really are, some other people will come and do it instead of us.”

But Avouch is still “full of hope” for the Arab world. “We know that in this region we are not different. They want to buy us into thinking we’re different: ‘We’re Arab, we’re Muslim. We shouldn’t do that, we shouldn’t speak about that.’ But that’s not the reality.

“Go into the streets of Casablanca, Cairo, Beirut of Tunis and you will meet the real people, you will meet their dreams.” he added. “I trust Arab youth. I know how full of energy and imagination they are. You can close that imagination but one day or another it comes back.”

Breaking through from 1997 as one of the leading voices of a new generation which has come to shape Moroccan cinema – Nour-eddine Lakhmari and Faouzi Bensaidi are other members – Ayouch broke out to international attention with 2000’s “Ali Zaoua” which, like his 2012 “Horses of God,” turned on desperately poor, marginalized youth in Morocco.

From 2006’s “Whatever Lola Wants,” a tale of female friendship between a New York postal worker and a disgraced Cairo belly dancer, and again in 2016’s “Much Loved,” about four Marrakech prostitutes, which made waves when it was banned in Morocco, Avouch has increasingly turned his taboo-busting gaze towards women.

Men “want to tell women what should be their place in society…It’s not normal, it’s not fair. [But] men will never give power to women, they have to take it back themselves,” Ayouch told Variety Studio.

Hence his focus in his films on strong-willed women.

The Dubai Film Festival is a premier sponsor and Empire is a supporting sponsor of the Variety Studio.