With its top floor staffed by CIA agents, controlling Latin American operations, including with Cuba, the embassy was arguably the most important foreign base of CIA operations in the Western hemisphere, said co-screenwriter Manuel Alcala.

The release on Nov. 3 of 500 never-before-seen CIA files related to President John F. Kennedy’s assassination, including Lee Harvey Oswald’s visit to Mexico City in the weeks before he shot Kennedy, takes the interest of “Litempo” “to another level,” said Panorama producer Gerardo Gatica.

Conceived as a 13-part TV drama, and to be presented at this week’s Los Cabos Festival, as a TV series in development, “Litempo” is currently being written by Alcala, “Museum’s” originator and original screenwriter, and Mauricio Katz, Gerardo Naranjo’s co-scribe on “Miss Bala,” and a co-writer on Fox series “The Bridge.” Panorama partners Gatica and Alfredo Muffelmann produce.

Panorama will continue financing development and then seek a partnership with a cable or digital platform partner, Gatica added, saying that “this is a non-conventional series by Mexican standards because of the amount of investment required.” 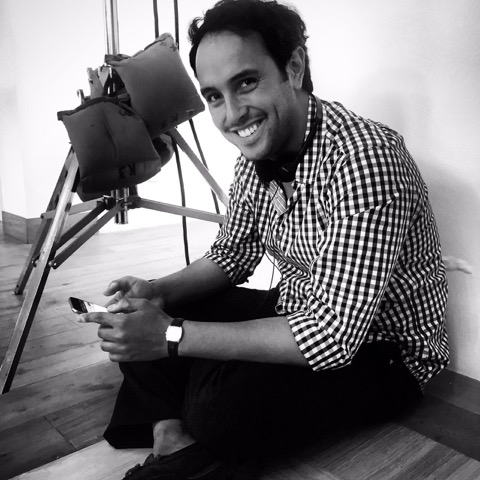 Thoroughly researched by Alcala, “Litempo” is conceived as a three-season drama. Unspooling after 1961’s Bay of Pigs, the first season turns on attempts by exiled Cuban in Mexico and Miami to destabilize Fidel Castro’s regime via, for example, speed boat bomb attacks on Havana.

A second would be set against the 1962 Cuban Missile Crisis, a third takes in the run-up to JFK’s assassination, including Lee Harvey Oswald’s visit to Mexico City’s Cuban consulate and Russian embassy, where he met with consular official Valery Kostikov, a reputed KGB hit-squad head.

“A mix of office drama versus a darker and grittier world of CIA espionage outside,” Alcala said, “Litempo’s” two main characters are Fisher, a young sound engineer who arrives at the embassy, sent by Langley as a semi-mole to report on CIA operations there; and Mexican-Cuban Dolores, appointed assistant secretary to U.S. embassy official Winston M. Scott, the head of CIA operations with a deep relationship with Mexico’s establishment and high-society.

“Litempo” will mostly be spoken in English, with some Spanish and feature other CIA operatives and some Mexican characters such as a young Francisco Gutierrez Barrios, who went on to become Mexico’s supreme spymaster. ”The “spy tradecraft” will drive the suspense narrative of the series, Alcalá added.

A subtler structure will examine the power play between the characters. Mexican presidents were on the CIA payroll, Alcalá said. Yet he has the suspicion that they attempted to use this to Mexico’s advantage. Gutierrez Barrios, for example, is said to have fed the CIA information while maintaining a friendship with Castro.

The drama’s title, “Litempo,” was a CIA operation code word given to U.S. presidents – Litempo 2 and so forth – and members of their cabinet.