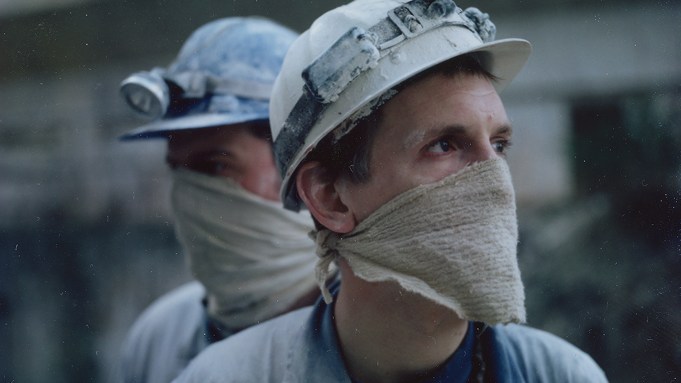 Variety had had exclusive access to the international trailer of “Winter Brothers,” one of Locarno’s buzzed-up titles.

Acquired by Jan Naszewski’s New Europe Film Sales for world sales and lead-produced by Denmark’s Masterplan Pictures with Iceland’s Join Motion Pictures, which also backed “Heartstone,” “Winter Brothers” features Elliott Crosset Hove (“Parents”) and Simon Sears (“Follow The Money”) and Victoria Carmen Sonne (“The Elite”) in the saga of two brothers who work at a rural chalk-mining community during a bitter Winter. They initiate a violent blood feud with another family.

The trailer underscores the vital role played in the feud by the younger brother, Emil, an outsider who distills moonshine, longs to be wanted and loved but sees how his older sibling Johan gets Anna, the local girl who is the subject of his unfulfilled fantasies. Meanwhile, the local community begins to turn on him, suspecting his moonshine of making a fellow worker ill.

“Emil is desperate to cling on to someone or something but at the same time he’s alien in the presence of it. I tried to strip him of everything except his very basic instincts,” director Pálmason has said.

He added: “Maybe this is why he suffers so much. He is the wise idiot and perhaps a bit out of tune with time.” Billed as a “lack of love story,” “Winter Brothers” was shot at small limestone factory and valley in Faxe, a small town in Denmark. Pálmason’s short “Seven Boats” was selected for 2014’s Toronto Festival. Julie Waltersdorph Hansen produces, Per Damgaard Hansen executive produces, Anton Mani Svansson co-produces for Join Motion Pictures. The Danish Film Institute is backing “Winter Brothers” through its New Danish Screen strand, as is the Icelandic Film Center, Icelandic broadcaster RUV and the Nordisk Film  & TV Fund.