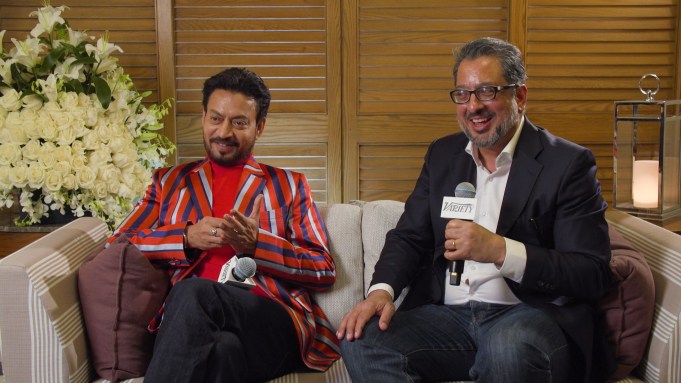 Indian auteur Anup Singh and internationally celebrated actor Irrfan Khan (“The Lunchbox”) are about to embark upon their third project together. The duo combined for 2013’s “Qissa: The Tale of a Lonely Ghost” that won the Netpac award at Toronto and the Dioraphte Award at Rotterdam.

“Lasya: The Gentle Dance” will be the next Khan-Singh combine. “I have a first draft of the script, I haven’t spoken about it at all with Irrfan,” says Singh. “I am waiting to find a moment of calm, when he and I can be together and I can come to him with the full confidence of no distractions.”

The director and actor participated in a freewheeling discussion about their working relationship at the Variety Studio during the Dubai Film Festival.

Speaking about “The Song of Scorpions,” Khan says, “Anup told me that he needs a kind of musicality in the behavior and that’s what I was concerned about. So I was experimenting. And I can experiment intellectually and emotionally. And that’s something unique. Very rarely does someone offer you that.”

While “Qissa” was about Khan’s character’s obsessive quest for a male heir, “The Song of Scorpions” is a tale of twisted love, revenge and the redemptive power of song. “Lasya” will see Khan play a man who plays a woman during ritualistic performances and discovers that he likes to play at being a woman in his everyday life too.