Docu-feature portrays the last samurais of the Cuban Revolution 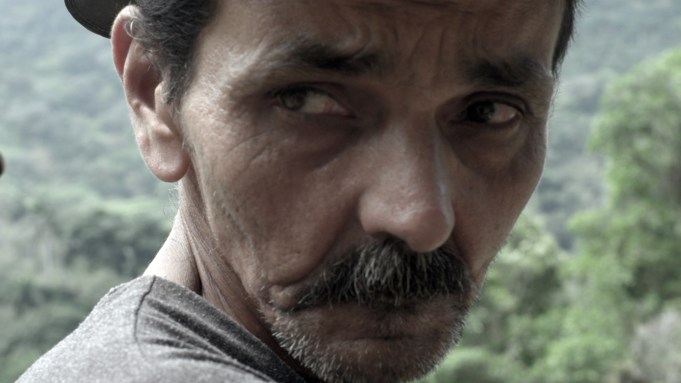 Presented this week at the 13th Guadalajara Co-Production Meeting, Irene Gutiérrez’s documentary project, “Man Between Dog and Wolf,” catches up with the last faithful foot-soldiers of the Cuban Revolution. It now has a teaser trailer.

“Dog and Wolf” follows the wanderings of Estebita, Miguel and Alberto, veterans from the Angola War – also known as the Cuban Vietnam – who live holed up in Cuba’s lush Sierra Maestra, remaining completely indifferent to what seems a drawn-out endgame for Castro’s regime. They are accompanied by a permanent entourage of beer cans, they train for the next war in the jungle. Meanwhile, history goes on elsewhere.

A beneficiary of a co-production grant from Ibermedia –the pan-regional film fund for Latin America, Spain and Portugal– “Man Between Dog and Wolf” is a co-production between Viana González Delgado (Simon Jaikiriuma Paetau’s “Mila Caos”) at Cuba’s Autonauta Films and José Alayón at Spain’s El Viaje Films, co-producer of Mauro Herce’s “Dead Slow Ahead,” a Silver Leopard winner at Locarno’s Filmmakers of the Present.

Based out of Santiago de Chile, Almaric de Pontcharra, producer of Ignacio Agüero’s “The Other Day, serves as an associate producer. The project won a Tree Line Consulting Distribution Prize at the recent MiradasDoc, one of Spain’s top doc festival-markets.

“’Man Between Dog and Wolf’ is about three samurais of the Revolution for whom –now more than ever– the post-Fidel Cuba is not going to acknowledge their having sacrificed their youth for the Revolution,” Gutiérrez said.

Documentary will be laced with the characters’ self-regarding humor, avoiding what Gutiérrez calls “a trend in Latin American cinema towards rubbing in a melancholy about past times.”

“Man Between Dog and Wolf” is “an homage to these samurais that went off to a far war for such a long time, still wholeheartedly defend the Revolution, and are now completely anonymous for new generations,” Gutiérrez said.

“Man Between Dog and Wolf” is scheduled to go into production this October.