Patrick Stewart on ‘Star Trek’: The ‘Highlight That Had the Biggest Impact on My Life’

The outside world might not see them the same way, but Stewart is clear on what he considers the most important highlights of his career 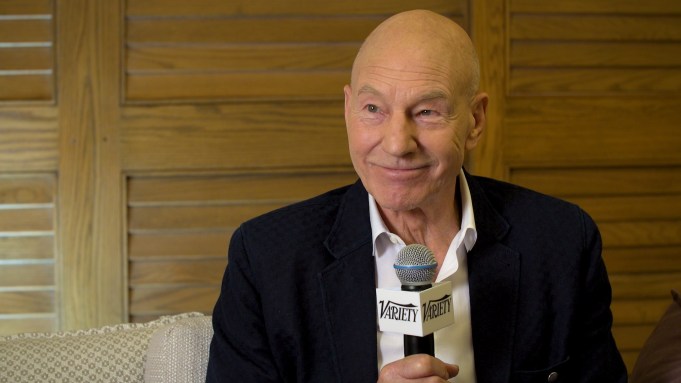 Sir Patrick Stewart was in the United Arab Emirates this week to accept a Lifetime Achievement Award at the Dubai Film Festival. Variety Studio caught up with the legendary star of stage and screen to discuss that lifetime of achievements, and its unconventional highlights.

“There have been so many highlights, many of which would not be seen by the outside world as highlights. But, they were for me,” Stewart started.

According to him, the first such highlight-in-disguise came in the form of a six-pounds-fifty a week salary for filling the role of stage-manager/actor in a preparatory theater. He said: “That was a highlight because it moved me from a trained actor who doesn’t have a job, to a professional actor being paid.”

He then recalled another: “Finally being accepted into the Royal Shakespeare company. The only ambition I had ever really had was to work with that organization.”

Similarly meaningful memories came from specific roles the actor filled: “Star Trek, X-Men and other marvelous things that came my way have all been highlights.”

According to the actor though, the peak came in 1987, when he was offered the now-iconic role of Captain Jean Luc Picard.

“If I were to think of the one highlight that had the biggest impact on my life, it would be ‘Star Trek.’ Everything would be different from the moment I was cast in that until today.”

The Dubai Film Festival is a premier sponsor and Empire is a supporting sponsor of the Variety Studio.