Diane Kruger: ‘I’ve Never Been Paid as Much as a Male Costar in the U.S.’ 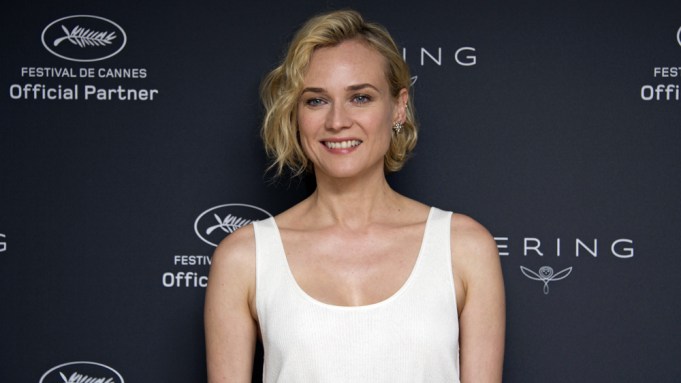 Diane Kruger, who’s at the Cannes Film Festival for the premiere of Fatih Akin’s long-gestated, competition title “In the Fade” (Aus dem Nichts), discussed gender parity, the contemporary resonance of Akin’s film, and her work with female filmmakers and Quentin Tarantino during Variety and Kering’s Women in Motion talk on Wednesday.

Kruger said she’s thankful that fellow actresses like Jennifer Lawrence and Jessica Chastain have been vocal about eradicating the gender pay gap in Hollywood.

“I’ve certainly (had) the experience that if I speak up and I don’t sugarcoat things, that people think, ‘Oh you’re harsh or you’re a bitch,’ and men would be treated as great artists and passionate about their work,” she said.

Kruger said women need to demand equal pay, as difficult as it may be.

“I’ve certainly never been paid as much as a male costar in the United States. In France, yes,” she said.

The actress, who’s worked with Fabienne Berthaud on “Sky” and Alice Winocour in “Disorder” (which premiered in Un Certain Regard), also spoke about the differences between films directed by male and female filmmakers.

“I just think it’s a different point of view, especially for a female character. I find that they are maybe more profound, a little less single-dimensional,” Kruger said.

She observed that films directed by women often have strong female protagonists, whereas movies directed by men often portray women as secondary characters.

Kruger added that female roles in French films were more developed than in the U.S., because their film industry is not as focused on blockbusters or skewed toward young people. “Ageism is not as prevalent in Europe,” Kruger said.

The actress also addressed the fact that only 7% of movies released in the U.S. are directed by women.

“I think it is changing because women are speaking out more and I know that there is a real push in Hollywood to try to have more female directors,” Kruger argued.

Citing “The Handmaid’s Tale,” Kruger added that television also brings more opportunities for women both in front of and behind the camera.

Kruger stars in “In the Fade” as a woman who takes revenge after her husband and son are murdered by the neo-Nazi group National Socialist Underground.

The German-French actress said she was moved by “In the Fade” because it’s “about grief, justice, and how we go on with life.”

“We become so accustomed to these terrible attacks — just two days ago, in Manchester, and it’s become sort of a daily thing, unfortunately, but you rarely hear about the story of the people that are left behind and how they continue to live with this feeling of injustice,” Kruger said.

Kruger built her acting career in France so “In the Fade” is one of her rare German-speaking roles.

She also reminisced about her experience working with Tarantino, whom she described as a visionary, on “Inglourious Basterds.”

Kruger said she had to learn 30 pages of dialogue in German in 48 hours to audition with him. She also revealed that Tarantino didn’t initially want her for the role because he had someone else in mind for the part and didn’t believe Kruger was German.

“He called me two days later and said ‘Do you want to go and have schnitzel,’ so I said ‘Sure!’ and we both ate a schnitzel and then he said  ‘You’re hired! You can eat that schnitzel, you’re Bridget von Hammersmark,'” Kruger recalled with a big smile.

Going forward, Kruger said she’s eager to work with Michael Haneke, who won the Palme d’or in 2012, the year she served on the jury.