Six years since being announced, the feature film version of one of France's most popular comics of the 21st century is ready for the big screen 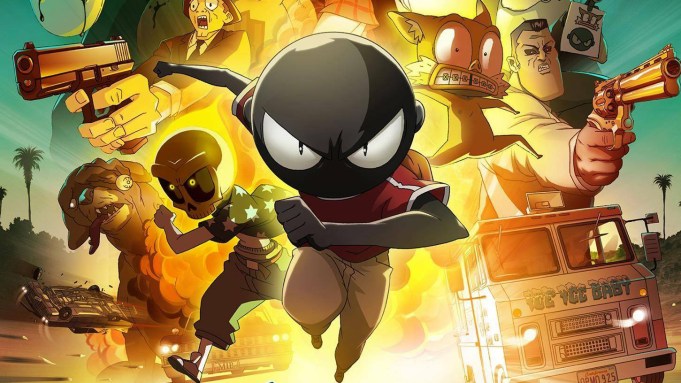 Variety has had exclusive access to the first English-language trailer. It starts on the dirty sun-drenched streets of Dark Meat City, or as its inhabitants lovingly refer to it, DMC, a clear Los Angeles allegory.

We see our protagonist, teen Angelino, delivering pizzas on his moped, distracted by a passing girl, steering head on into the grill of a massive truck. While most of the people in DMC look like anyone you might find on the streets of L.A., Angelino is about 50% spherical onyx head and 50% lanky body.

The blood and violence that the series is known for are on display from the start as each of the property’s popular characters get some seconds of screen time, from a tangle of super-powered Mexican luchadores to Angelino’s pet cockroaches, which turn into his own secret army.

The French creator, writer and co-director Guillaume Renard, better known by his nom de plume Run, is joined by Japanese animator and director Shoujirou Nishimi whose credits include directing one short in feature omnibus “Batman: Gotham Knight” and serving in the animation department on “Akira.”

Co-producing the feature are France’s Ankama and Japan’s 4°C Studios, a partnership which manifests itself clearly in the artistic stylings of the film.

French domestic and international sales will be handled by Celluloid Dreams outside of Asia. The film, highly anticipated among France’s comic book community, will look to do the rounds at festivals for 2017 and release in 2018.