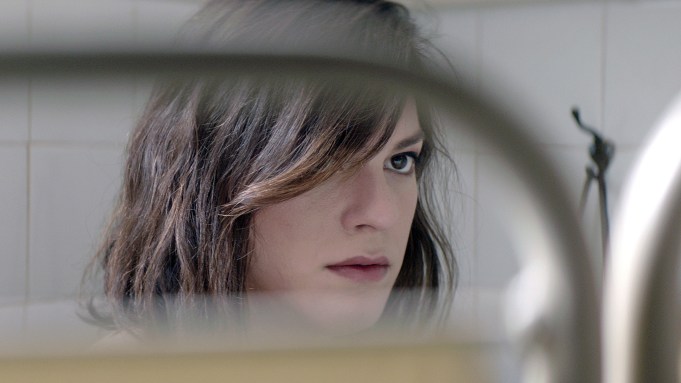 “Una Mujer Fantastica” (“A Fantastic Woman”) by Chilean director Sebastian Lelio, whose  “Gloria” wowed the Berlinale four years ago, looks likely to be one of the most accessible titles playing in the film fest’s competition this year.

Variety has accessed in exclusivity “A Fantastic Woman’s” first poster and international sales trailer – the first trailer of any kind – which will be screened to buyers at the European Film Market by Peter Danner’s Funny Balloons, the Berlin Golden Bear contender’s international sales agent. Participant Media is selling U.S. rights.

The story of a woman’s struggle for the right to be herself, “A Fantastic Woman” is Lelio’s fifth feature and his follow-up to “Gloria,” with which he made a move towards the mainstream. Among those taking producer credits are “Jackie” director Pablo Larrain at Chile’s Fabula, run with producer brother Juan de Dios Larrain, Jeff Skoll’s Participant Media and “Toni Erdmann” director Maren Ade, at Germany’s Komplizen.

The film is co-written by Gonzalo Maza, Lelio’s co-scribe on his last three films. Chilean newcomer Daniela Vega, in her first starring role, plays a waitress, Marina, who moonlights as an aspiring nightclub singer. Marina and her partner Oscar (Francisco Reyes), 20 years older and a printing company owner, are in love and plan a future together. After an evening celebrating Marina’s birthday, Oscar falls seriously ill; Marina rushes him to the hospital. But he dies just after arrival.

Suddenly, Marina falls under suspicion. Doctors and Orlando’s family don’t trust her. His ex-wife bars her from the funeral; his son wants her thrown out of the flat she shared with Orlando.

Marina is a trans woman and for most of Orlando’s family, her sexual identity is an aberration, and the only way they think of Marina.

“She will go through a battle against the very same forces that she has spent a lifetime fighting just to become the woman she is now – a complex, strong, forthright and fantastic woman,” the synopsis runs.

The trailer shows off vibrant tones which pop out from the screen, and elegant compositions, often from Marina’s POV.

“I would like the viewer to end up intimately tied to Marina,” Lelio has said, calling “A Fantastic Woman” a film of “aesthetic splendor, narrative vigor, tension and emotion, both a celebration and examination of its main character: Marina Vidal.”

“What will the viewers see when they see Marina? A woman, a man, or the sum of both?” Lelio asks in a director’s statement.

His answer: “They will see a human being, a vortex that attracts the viewer’s fantasy and desire, inviting them to explore the limits of their own empathy.”

“’A Fantastic Woman’ and ‘Gloria’ both show women facing and overcoming adversity, which makes you proud of them, as you see in them yourself, your mother or a friend,” said Juan de Dios Larrain.

One of the first figures in his new Latin American generation to cross over into English-language filmmaking – along with Larrain himself (“Jackie”), Brazil’s Jose Padilha (“RoboCop”) and Mexico’s Gerardo Naranjo (“Viena and the Fantomes”) – Lelio is currently in London shooting “Disobedience,” starring Rachel Weisz, Rachel McAdams and Alessandro Nivola.