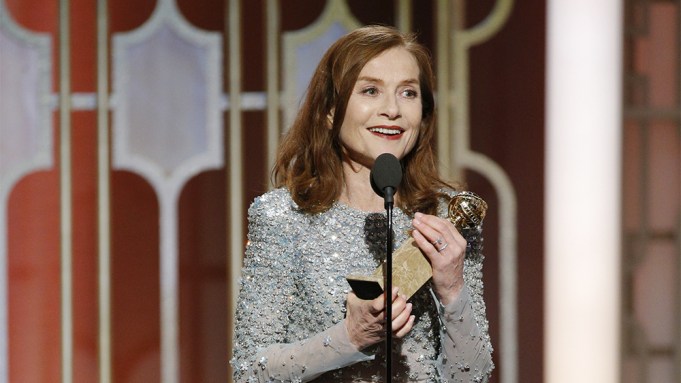 Isabelle Huppert has won the Golden Globe Award for Best Actress in a Drama for her performance in the psychological thriller “Elle.”

Huppert starred in “Elle” as a powerful, ruthless business woman who survives an assault in her home. Consumed with the need for revenge, she takes it upon herself to track down her assailant. Paul Verhoeven directed “Elle.”

Huppert has credits on more than 100 film and television productions since her debut in 1971’s “Le Prussien.” With 15 noms, she is the most nominated actress for France’s César, winning in 1995 for “La Cérémonie.”

“Oh my God, my heart is beating,” an astonished Huppert said.

Huppert received a Gotham Independent Film Award for best actress for her role in “Elle.” She also won best actress awards from the Los Angeles Film Critics Association and New York Film Critics Circle for her performances in “Elle” and Mia Hansen-Love’s “Things to Come.”