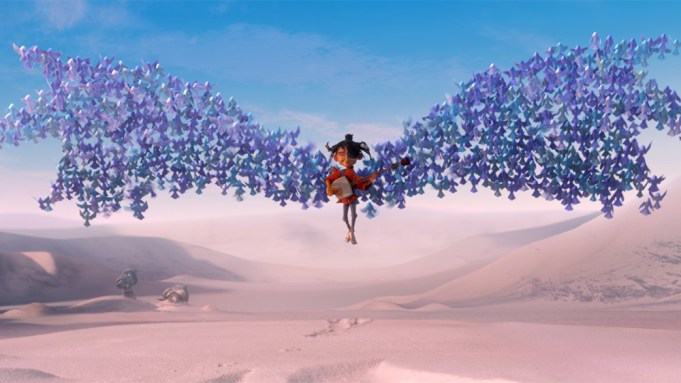 Oscar-winning composer Dario Marianelli was presented with a unique opportunity with Laika’s “Kubo and the Two Strings”: Creating a score for a film in which the music specifically drives much of the narrative.

“For me it’s always a bit of a mixed blessing when a film like that arrives,” Marianelli says. “It’s almost like having to split myself in two. I had to create an entirely new personality for the player that is in the film, and at the same time I have to keep my own personality for the rest of the score, and hopefully there is going to be a meeting point for the two.”

The film, which tells the story of shamisen-wielding youngster Kubo who can bring objects to life with his fierce plucking, is the second Laika movie for Marianelli after “The Boxtrolls.” He says he enjoys the company’s process because, unlike most movies where the composer is brought in to put the cherry on top so to speak, he’s involved from the beginning, because the animators need his work as a guide.

There was of course a lot of cultural flavor to his score, which incorporates instruments like the shakuhachi, taiko drums, and koto in addition to the shamisen, but the score also represents for Marianelli a collision of western and eastern musical tendencies.

“What we know of our very crude perception of western music is the pentatonic scale that you find on the black keys of the piano,” he explains. “But in fact there is a wealth of variety of scales in the east, so just digging a little deeper and learning about Japanese scales brought into the music much more depth, I think.”

There is also an action-film vibe to the work, which sounds particularly interesting when performed with the atypical instrumentation. That was also something that spoke to the spirit of the lead character.

“There’s a rebellious and almost rock-and-roll soul to Kubo that is reflected in the playing,” Marianelli says. “It was a combination of very delicate, at times, and very soulful playing, but other times he can really unleash hell with his instrument and can be a proper rock and roller.”

For more about the score for “Kubo and the Two Strings,” check out a new featurette above.