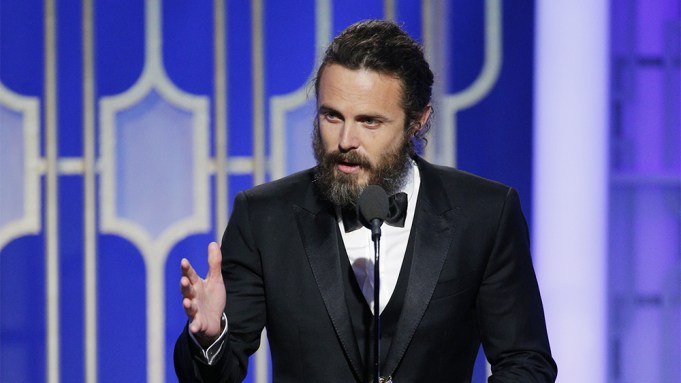 Casey Affleck won the Golden Globe for best actor in a drama for “Manchester By the Sea” on Sunday night, and heaped praise on those he worked with on the film.

About director Kenneth Lonergan, Affleck said, “I don’t have enough time to say what I want to say about Kenny. So suffice to say, I love you, you’re beautiful, you’re a treasure to all of us, to people who like movies and work in movies and this is all because of you.” He also wished he could be on stage with his co-star Michelle Williams, who he called “perfect.”

He also made a joke about the movie’s producer, Matt Damon, who passed on the starring role. “I suspect you won’t be passing on any more movies in the future when I might be anywhere nearby. I’ll take this one.”

He ended his speech by quoting one of his competitors for the award, Denzel Washington, who was nominated for “Fences.” “I remember years ago, Denzel Washington was on stage, and he got up here and said, ‘God is love,’ and well, I agree, I guess. Thank you, Denzel.”

He topped a strong field that included Joel Edgerton for “Loving,” Andrew Garfield for “Hacksaw Ridge,” Viggo Mortensen for “Captain Fantastic,” and Washington.

Affleck was nominated for an Academy Award for his performance in the character drama “The Assassination of Jesse James by the Coward Robert Ford.” His credits include “Gone Baby Gone,” “Interstellar,” Steven Soderbergh’s Oceans trilogy, and “The Finest Hours.”