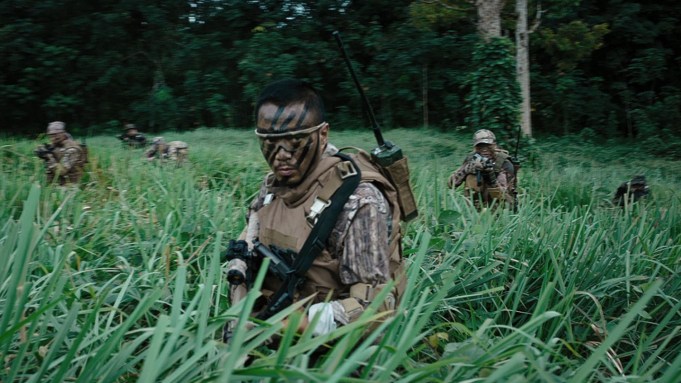 Emperor Motion Pictures has revealed the first footage from “Operation Red Sea,” one of the most ambitious Chinese action films ever made. Emperor is introducing it to buyers at the Cannes Market.

Directed by Hong Kong’s Dante Lam on a budget of $72 million (RMB500 million), “Red Sea” is about a Chinese army rescue mission in the Middle East.

“Red Sea” is a followup to Lam’s smash hit “Operation Mekong,” which grossed $173 million at the mainland Chinese box office last year. “Mekong” was a fictionalized retelling of the so-called Mekong River Massacre, in which the People’s Liberation Army intervened after two Chinese cargo ships were attacked between Thailand and Myanmar in 2011.

According to the official synopsis, “the Jiaolong Assault Team, one of the special forces of the world’s largest military force, People’s Liberation Army, is given a potentially fatal assignment, leading a small eight-man unit to evacuate Chinese residents from a North African republic in the throes of a coup d’état.

“The squad strategically makes a two-pronged rescue attempt but is tragically ambushed, resulting in heavy casualties. At the same time, the terrorist leader manages to steal the incriminating evidence against him along with essential material for the manufacture of nuclear arms. The Jiaolong Assault Team is fully aware of the importance of ensuring such material is forever removed from the terrorists’ hands.”

The screenplay was written by Lam and the film produced by Bona’s Yu Dong and executive produced by Candy Leung. The completed picture is currently scheduled for release in the fourth quarter of 2017.