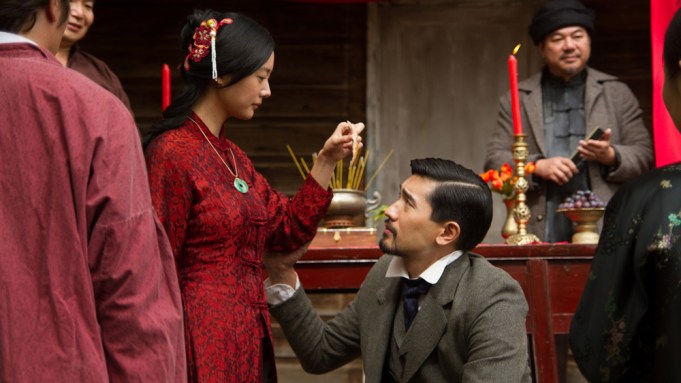 Shot in Utah, “The Jade Pendant” is directed by Hong Kong veteran Leong Po-Chih (“The Detonator,” “Out of Reach”) and follows the journey of a young girl who, fleeing an arranged marriage in China, finds herself on American shores.

Her tragic love story is set against the 1871 burning of Chinatown in Los Angeles and the largest mass lynching in American history. The film is targeted to release theatrically Oct. 24, on the anniversary of the Chinese Massacre of 1871.

The Jade Pendant was produced by Thomas Leong, Bruce Feirstein and Scott Rosenfelt for Lotus Entertainment.

Crimson Forest is a theatrical and home entertainment distributor based in Los Angeles and with offices in Shanghai, China. The agreement was announced by Crimson Forest on the margins of the Cannes Film Festival.