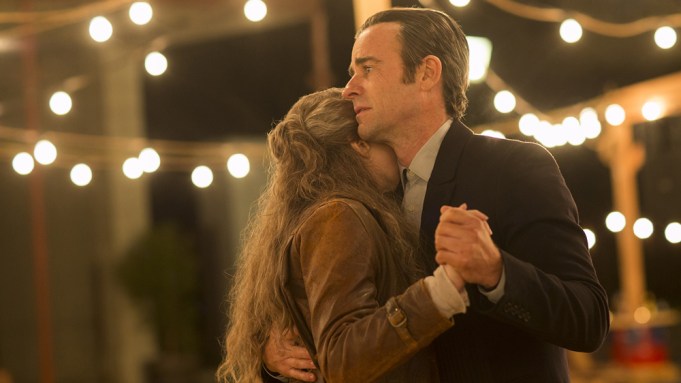 Weeks after the series finale of “The Leftovers,” HBO has taken the unusual step of making that episode available on YouTube for just one week.

The stunt has its purposes for ginning up Emmy nominations; HBO wasn’t able to make the finale available in time to be included in a mailing to awards voters, so this link will be tied to For Your Consideration ads for the series.

What’s unusual here isn’t that a premium-cable network took an episode that would typically only be reserved to its subscribers and made it freely available. HBO and its rivals have been doing that off and on for years, but typically it’s for a series or season premiere.

There the logic makes sense from a promotional perspective: The hope is that a non-subscriber checks out the series from the beginning and gets hooked enough to need to pay up and subscribe to check out more episodes. What better bait to put on a lure for customers than that?

But putting a series finale online? That’s an odd duck. If the point of free online availability is to hook new subscribers who will want to watch more, the finale is more like providing a dead end.

Perhaps the logic is that given the hype the “Leftovers” finale just recently created with all its critical acclaim, there might be people out there who will want to see what the fuss is all about, and prompt them to start from the beginning.

Sure, making the “Leftovers” series premiere might be a smarter move. But those who watch the show will recall that it’s a difficult episode to watch, while in contrast, the finale may very well be the most accessible of the whole series given there’s more of a lightness in tone.

Over its three-season run, “Leftovers” clearly discovered the hard way that its dark subject material was an impediment to get people to watch a show that otherwise had a small cult following. Despite having the pedigree of being a series from “Lost” co-creator Damon Lindelof, the series struggled to expand its audience, which is likely in part why it’s not running for more than three seasons.

But even with those diminished returns, “Leftovers” also eventually grew into a series that drew enormous respect from critics, and that could represent an opportunity for something truly unusual to happen: Who’s to say that “Leftovers” can’t attract the larger audience it deserved, only after it’s run is over?

Think of this potential in the context of the streaming-driven world in which we find ourselves today, a long-tail universe where viewers can discover content long after its–pardon the pun–departure and consume it at a scale that would once seem unthinkable for so-called library content?

It wouldn’t even be unprecedented; recall what happened to Fox’s “Family Guy,” which got canceled, only to be resurrected to TV after its DVD sales indicated untapped interest?

Maybe a series that featured unconventional depictions of the afterlife will end up demonstrating new ways a show can live on after its own death.