Original production from Academy of Interactive Arts & Sciences to debut ahead of 2017 D.I.C.E. Awards 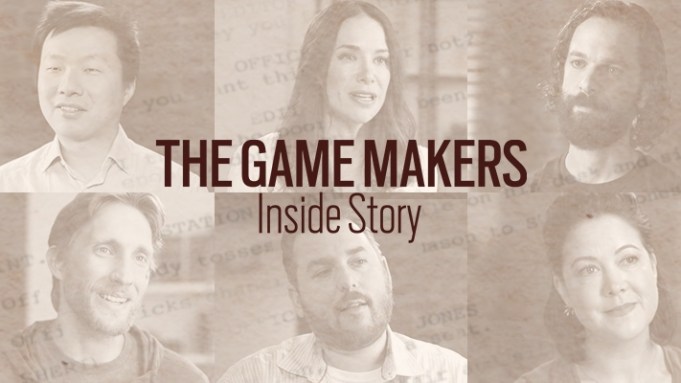 Fifteen video-game luminaries will share their tricks of the trade in “The Game Makers: Inside Story,” a digital interview series funded by the Academy of Interactive Arts & Sciences aimed at inspiring a new generation of game creators.

The original 10-part digital series will debut Feb. 15 on the AIAS YouTube channel and its website, interactive.org, one week before the org’s 20th annual D.I.C.E. Awards ceremony Feb. 23 in Las Vegas honoring the industry’s top games, individuals and development teams of the year. Each 10-15 minute episode of “The Game Makers: Inside Story” explores the creative process of crafting narratives for notable games and their iconic characters.

“The Game Makers” was created and directed by filmmaker and games writer Jennie Kong. It’s produced by Wonderstruck Entertainment in conjunction with the AIAS and in association with Beyond-FX and Blindlight. The series covers aspects of story development, writing process, character and emotion, narrative design, structure, directing and performance, environmental story, virtual and augmented reality, and the future of interactive storytelling.

“The landscape of storytelling in games has changed over the past few years,” Kong said. “Video game and VR/AR developers are more excited to engage audiences on a meaningful level and tell stories that can move us to tears. I wanted to examine this movement and capture on film what it takes for award-­winning studios and indie creators to write and direct emotionally riven video games.”

The new series “fits perfectly into our mission to celebrate the best games and their brilliant creators – something we have done for 20 years through the D.I.C.E. Awards and our other initiatives,” Terrence Myers, executive producer for the Academy of Interactive Arts & Sciences, said in a statement. “We hope to continue to find partners of Jennie’s caliber who have a deep love and respect for the medium and those who work within it.”

The AIAS, founded in 1996, has more than 20,000 members. In addition to the D.I.C.E. Awards, the not-for-profit organization produces the yearly D.I.C.E. (Design, Innovate, Communicate, Entertain) Summit and the Indie Game Challenge, a joint initiative with GameStop and SMU’s Guildhall graduate video-game program to support independent games developers.