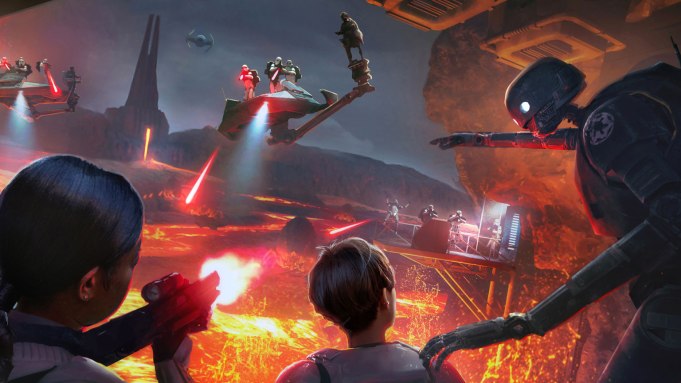 Visitors of the Walt Disney World Resort in Orlando will be able to experience “Star Wars” in virtual reality at Disney Springs  starting December 16: Location-based VR startup The Void announced at the Disney Accelerator Demo Day in Burbank, Calif. Wednesday that tickets for the ‘Star Wars: Secrets of the Empire’ experience are on sale effective immediately.

The experience, which has been produced by The Void, Lucasfilm and ILMxLab, will also open at Downtown Disney at Disneyland Resort in Anaheim starting January 5. And we all got a first peek at the experience as well, thanks to a new trailer (embedded above).

The experience will allow up to four players to go undercover as Stormtroopers and walk around freely on a stage that combines real walls and other physical objects with VR storytelling. Lucasfilm and The Void first announced the ‘Star Wars: Secrets of the Empire’ experience in August.

Disney is just the latest major Hollywood studio to explore location-based virtual reality. The Void previously partnered with Sony to produce an experience based on the “Ghostbusters” franchise. And just this week, Sony also announced that it is bringing“Jumanji: The VR Adventure” to malls and movie theaters this December.