‘Rogue One: A Star Wars Story’ Now Streaming on Netflix 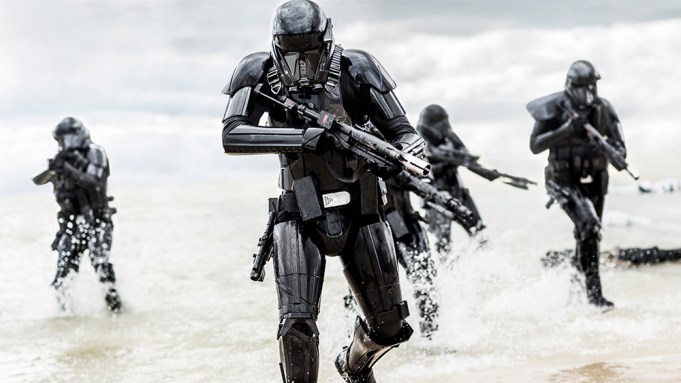 Netflix finally is feeling The Force in the U.S.: “Rogue One: A Star Wars Story” is now available to subscribers in the States, as well as Canada.

The blockbuster comes to Netflix through its licensing pact for the pay-TV window with Disney inked back in 2012, under which Netflix got streaming rights to Disney films starting with 2016 releases. Netflix has had a “pay one” agreement for Disney titles in Canada starting with 2015 releases, which meant Canadian subs have been able to watch “Star Wars: The Force Awakens.”

Other Disney titles available under the deal include “Moana,” “Finding Dory,” “Zootopia” and “Lilo & Stitch.” The movies from the Mouse House on Netflix are not available to download and watch offline.

Disney-Lucasfilm’s “Rogue One” banked $532 million at the domestic box office and $1 billion overall worldwide, according to Box Office Mojo.

“Rogue One: A Star Wars Story” is directed by Gareth Edwards (“Godzilla”) and stars Felicity Jones, Diego Luna, Donnie Yen, Forest Whitaker, and Jiang Wen. The eighth “Star Wars” movie is set immediately before the events of the original “Star Wars” with rebels attempting to steal plans for the Death Star weapon.

The next film in the “Star Wars” franchise, “The Last Jedi,” is slated to open Dec. 15 as the second film in the sequel trilogy, following 2015’s “The Force Awakens.”