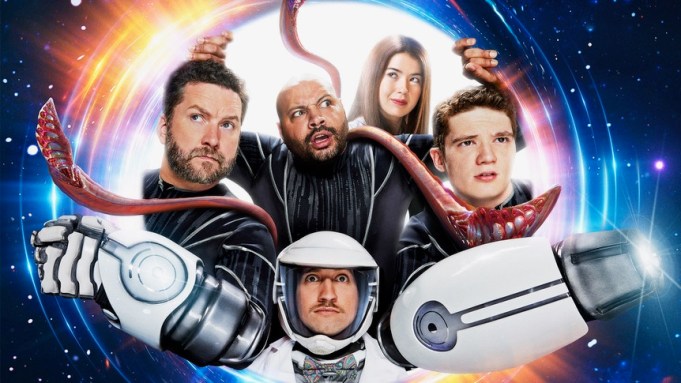 “Lazer Team 2,” the sequel to Rooster Teeth’s cult-favorite sci-fi spoof, will hit YouTube Red the day before Thanksgiving, on Nov. 22.

YouTube Red released the official trailer for “Lazer Team 2,” in which the Lazer Team regroups to fight a new threat — and rescue their friend who’s been kidnapped and transported into another dimension.

After Woody (Free) goes missing working on a secret alien-research project, scientist Maggie Wittington (Bloom) must recruit the members of the disbanded Lazer Team (Burns, Dunn, and Jones) to join her in rescuing their lost friend.

“Lazer Team 2” is co-directed by Daniel Fabelo and Rooster Teeth CEO Matt Hullum. The movie, from Rooster Teeth and Fullscreen Films, was shot earlier this year in Austin, Texas. YouTube announced the pickup of “Lazer Team 2” last summer, after the crowdfunded original premiered on YouTube Red in February 2016.

Rooster Teeth raised $2.4 million on crowdfunding site Indiegogo for the first movie, which grossed more than $1 million at the box office across 477 screenings in a nationwide theatrical release in partnership with Tugg.