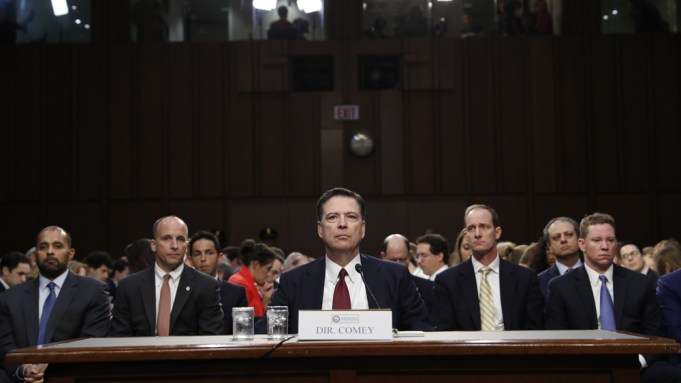 Former FBI director James Comey will testify in front of the Senate Intelligence Committee on Thursday about alleged Russian involvement in the 2016 presidential election.

All of the cable news networks — Fox News Channel, Fox Business Network, CNN, MSNBC, Bloomberg, CSPAN, and CNBC — will carry the hearing live, while the broadcast networks — CBS, NBC, ABC, and Fox — will air Comey’s testimony during their morning shows.

Most of the networks will be streaming coverage on their respective news websites and apps.

Viewers can also watch the hearing unfold via Twitter, via the platform’s partnership with Bloomberg News. Eyes will also be on Donald Trump’s personal Twitter account, as the president has been known to address issues there instead of on the official POTUS one.

On YouTube, publishers that will stream the hearing include ATTN, BuzzFeed, Daily Caller, NowThis, NPR, Vox, ATTN, NPR, Politico, and Townhall Media, among others.

The hearing is expected to last around three hours. The 15-member Senate Intelligence Committee will be led by Republican chairman Richard M. Burr.

Comey released his opening remarks on Wednesday, recounting that Trump once told him, “I need loyalty.”