Continue to Variety SKIP AD
You will be redirected back to your article in seconds
Jun 21, 2017 8:17am PT

Ira Glass on Donald Trump, ‘Serial’ Season 3 and Why He Hates Producing Movies 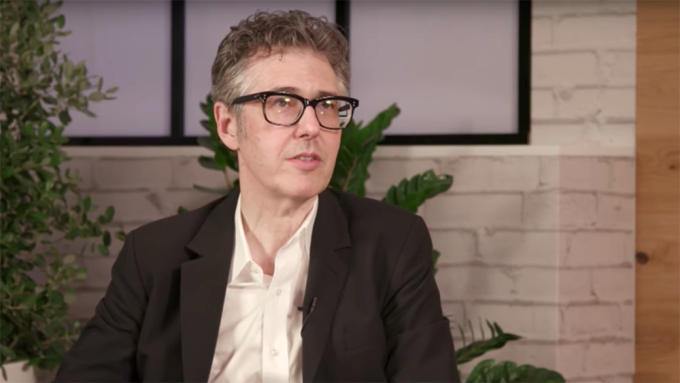 Ira Glass wants advertisers to follow their ears. The host of “This American Life” stopped by at the Variety Studio at Cannes Lions this week to talk about branding opportunities with podcasts, citing his own experiences with producing “Serial,” the true-crime series that had 14 million downloads per episode its first season.

“The number are big for brands, but brands are not there yet,” Glass said. “It’s an opportunity.” He spoke to Variety about what needs to change, journalism under Donald Trump, and why he loathes producing independent films.

What’s the secret to a successful podcast?
For us doing narrative, a lot of it is following what seems exciting to us. That’s the only thing that leads us to something new.

Were you surprised that “Serial” became such a phenomenon?
Yes. I would like to say that we knew it was going to be popular, but we didn’t. We really just saw it as a little side project. We had no idea that 14 million people would download every episode. No podcast had ever done that. No podcast had ever had a parody of it on “Saturday Night Live.” It wasn’t a mainstream product like that. That was a turning point in 2014 for podcasts.

Is there anything you can tell us about Season 3?
Absolutely not.

Do you know what case you’re doing?
It’s not a case. In Season 2, we tried to get away from true crime. We felt we already did that. Season 2 was about Bowe Bergdahl, a really different kind of story. We were looking at something that had news-and-issues stakes to it, but with the same narrative drive and characters to it. Season 3 takes on something huge and different with characters and narrative but very different from the first two seasons.

How is “This American Life” different from when you started it in 1995?
When we started we were doing journalism about very personal stories. We were taking the tools of journalism and applying them to stories that were so small that journalists wouldn’t touch them. And then I and the staff started after Sept. 11 getting very interested in the news as did the rest of the country. We started to apply those stories to stories in the news.

How has the Trump presidency changed the job of journalists?
The Trump presidency has changed it only in that this is the most intense news-consuming period any of us can remember. I feel like I’ve had periods over the last year where I would wake up during the campaigns, and the first thing I would do is go on Twitter and search Donald Trump’s name to see what just happened. I never had anything in the news cycle that had me gripped like that before. I think that’s true for so many people — news ratings were up everywhere. In the barrage of news and analysis there is, it’s interesting to have to figure out what we can say that other people aren’t saying.

What are the biggest challenges journalists face now?
There are new challenges that fact-based journalists face, but it doesn’t have to do with the president. Over the last 20 years, an entire second media has grown up that runs an alternate narrative to the mainstream media. Just look at the way that the right-wing media covered Comey’s testimony. Or has covered every single event that ever happens. Every event goes through two prisms now in a way that it never did before. That’s the hardest thing for those of us in the fact-based media. And that’s enormously difficult to know how to deal with as someone in the mainstream media because the people who believe otherwise aren’t consuming our product.

You’ve produced two movies with Mike Birbiglia: “Sleepwalk With Me” and “Don’t Think Twice.” Do you enjoy doing that?
I hate it. I really hate it. I love working with Mike.

Why do you hate it?
With Mike, I’m basically in there as his editor. We have a third film coming out now with Netflix. But no, I really hate it. I keep trying to get out of the movie business, and some story from the radio show gets picked up to be a movie. I don’t like it because being the producer is just not interesting. Being a director of a movie would be fun, being a writer on a movie would be fun, being an actor, being an editor. When you’re the producer, you’re herding people to do stuff. You’re organizing money. You’re dealing with people’s feelings. You don’t get to do the fun part of it, which is, like, making the product. It’s sort of like all of the unpleasant parts of creativity with none of the exciting parts. It’s a horrible job! I don’t know why people do it. I don’t understand why Scott Rudin would want to have that job. It seems like an awful job. God bless him for doing it.

Do you have an end date in mind for “This American Life”?
No. I don’t have any other talents, so I feel like we’ll just keep it going.