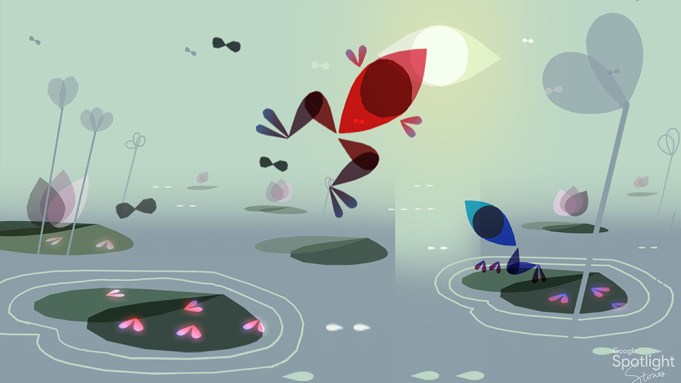 The VR short “Sonaria,” a colorful and lyrical journey of two ever-changing creatures through different environments, is being released wide Friday via Steam and Viveport as well as on mobile for Android and iOS on the Google Spotlight Stories app.

The immersive short is one of the latest projects in Google Spotlight Stories’ growing and ever-more ambitious mobile and VR canon. Released earlier this year on Steam and Viveport was the Jorge R. Gutierrez-directed short “Son of Jaguar,” which is going out even wider Friday on the Google Spotlight Stories app and for Daydream headsets. It will also be available on YouTube Kids.

The idea for “Sonaria” was conceived by Scot Stafford, creative director of music and sound for all the Google Spotlight Stories projects. Stafford co-directed the short with L.A.-based animation studio Chromosphere.

“It started off as an experiment in sound, which is something that in VR takes on some additional importance than it does on TV and film. What can we do to take it a step forward?” explained Stafford at last summer’s Siggraph conference, where both early versions of “Sonaria” and “Son of Jaguar” screened. “I came up with the basic concept of two creatures guiding us through a series of environments that forced us to develop a lot of new audio technology and creative techniques that actually make it a pleasant, cool experience.”

Both “Sonaria” and “Son of Jaguar” teams will be on hand this weekend at the CTN Expo in Burbank, Calif., with VR demonstrations and panel discussions.