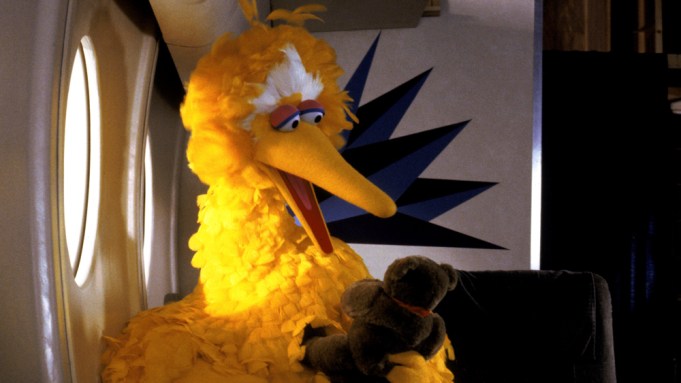 Mick Mulvaney, the director of the Office of Management and Budget, defended President Donald Trump’s proposal to eliminate the Corporation for Public Broadcasting by curiously invoking the wealth of “Sesame Street” character Big Bird.

“I can assure you that Big Bird makes more money than everyone in this room,” he said at a House budget hearing on Wednesday.

His argument: The amazing popularity of “Sesame Street,” and its merchandising bonanza, is reason that public broadcasting can survive on its own, without government funding.

“When I go to that family in Grand Rapids and say, ‘Is this what you would want your money to go to?’ I think they would say, ‘No,’ that maybe they can afford it without us,” Mulvaney said before a House subcommittee.

Mulvaney, however, appears to be conflating several different things.

In recent years the federal government has provided about $445 million annually to the Corporation for Public Broadcasting, a private non-profit tasked with distributing grants to public broadcasting, primarily stations, with a much smaller slice of their outlay going directly to PBS for programming costs. After Trump’s budget was unveiled on Monday, CPB President Patricia Harrison said that the issue is that many public stations that rely on the funding would not survive. “Local public media stations, beginning with those serving rural communities and small towns, would cease to exist,” she said.

Mulvaney also seemed to suggest that the entity behind “Sesame Street” was a “for-profit corporation, and it does extraordinarily well,” and he went on to cite Henson Associates, also known as The Jim Henson Company, and The Walt Disney Company.

“Sesame Street” is produced by Sesame Workshop, a non-profit educational entity. It does not receive direct funding from CPB, but it has in the past. CPB was one of the original funders of “Sesame Street” when it began in 1969. (Mulvaney, by the way, says he’s been told by his mother than he watched the first episode).

Now the production costs are underwritten by HBO, which gets the first run of the show before airing later on PBS stations.

Sesame Workshop also owns the rights to the show’s Muppet characters, including Big Bird, not the Henson Company. Henson, however, does contract with Sesame Workshop to build characters’ props and costumes.

It’s not hard to see why Mulvaney would invoke Big Bird. The character has been used as a symbol in past battles for public TV funding — often by advocates to rally parents and others. Some conservative lawmakers even began to refer to it as the “Muppet lobby,” for the connection that the characters have had in past advocacy on Capitol Hill. Conservative groups have long argued that private donors could make up the difference should government funding be slashed.

But advocates of federal funding argue that much of public broadcasting consists of educational and informational programming that otherwise would not find a place in the commercial sphere, and that smaller- and medium-sized stations in rural areas would have a tough go of it without the government support.

Sesame Workshop said in a statement that “all proceeds are invested right back into educational programming, designed to help kids grow smarter, stronger, and kinder.” The workshop added that they “stand firmly and passionately in support of the vital public investment that allows CPB and PBS to continue to play a major role in helping less privileged kids gain access to a preschool education that has proven an enduring value.”

Patrick Butler, president and chief executive of America’s Public Television Stations, said that he is actually optimistic about the funding prospects, given that an agreement last month to fund the federal government through Sept. 30 retained the CPB budget.

“It was very encouraging,” he said. “We didn’t know to what extent the Republican majorities would be influenced by the budget priorities of a new president.”

He cited the support from Republicans on Capitol Hill, particularly those on key appropriations committees.

Still, he said, “the constant risk of an administration opposed to our funding requires us to be on high alert all the time.”

“It requires a constant effort and a constant education effort, both with those in the White House and with the members of Congress,” he said.

Of Mulvaney’s testimony, he said that “it was clear to us that he didn’t really understand as well as he should the real way that public television works.”

Butler’s group has drawn about 720,000 supporters so far to a campaign, Protect My Public Media, to press members of Congress, and they hope to reach a million by the end of the year. But he said that they are not planning any kind of big lobbying event on Capitol Hill, with public TV characters as the focal point, preferring to make their case in a “low key and persuasive way.”

“It is fun to do, but we really do want to have the facts speak for themselves,” he said.