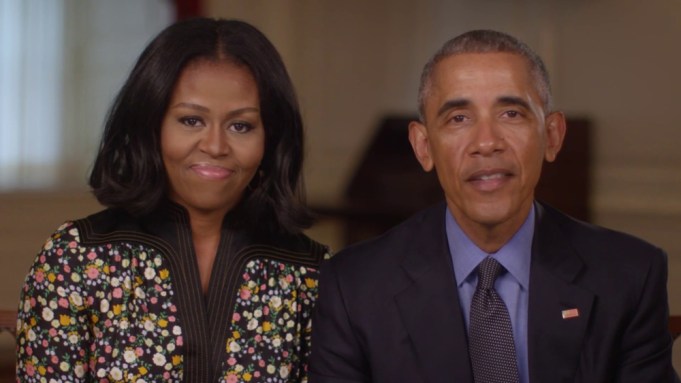 As Barack Obama delivered his final goodbyes as president on Friday, he ensured the American people that his push for change would not end in the White House. Obama used President Donald Trump’s Inauguration Day to unveil a new endeavor and launch Obama.org, the website for his presidential center. The center will be based on the South Side of Chicago, but will have projects all over the city, the country, and the world, and will be a “living, working center for citizenship,” Obama said in a video on the website.

As of now, the content on the new website is limited, featuring a timeline of Obama’s life and presidential achievements, as well as photo galleries, including a collection titled “Brotherhood,” documenting Obama and Vice President Joe Biden’s bond, another titled “First Lady,” showing the highlights of Michelle Obama’s journey in the White House.

The website also features a section called “Your Voice,” which asks people to submit their own ideas about what it means to be a good citizen. In the video, the Obamas stressed the importance of the public expressing themselves through these projects. “We want you to tell us what we should be thinking about as we get to work,” Michelle Obama said.

After the Obamas “get some sleep, take some time to be with [our] family, and just be still for a bit,” as the couple phrased it, they promise the center’s work will begin.

At the end of the video, Obama shared some words about the importance of protecting our democracy as a nation. “True democracy is a project that is bigger than anyone of us, it’s bigger than one person, any one president, any one government,” he said. “It’s a job for all of us. It requires everyday sustained effort from all of us, the work of perfecting our unions never finish, and we look forward to joining you in our efforts, as fellow citizens.”

Hi everybody! Back to the original handle. Is this thing still on? Michelle and I are off on a quick vacation, then we’ll get back to work.

“Hi everybody! Back to the original handle. Is this thing still on?” he asked. “Michelle and I are off on a quick vacation, then we’ll get back to work.”