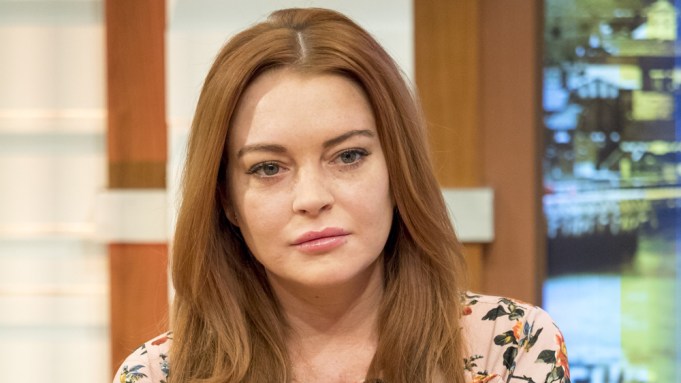 In a “Good Morning Britain” interview from Tuesday morning, Lindsay Lohan claimed that her trip back to the states from Turkey was interrupted when an unidentified woman stopped her in London’s Heathrow Airport.

“When I was flying to New York recently, I was wearing [a] headscarf and I got stopped at the airport and racially profiled for the first time in my life,” she said.

Lohan claimed that the woman was an airport worker who “opened my passport and saw ‘Lindsay Lohan’ and started immediately apologizing, but then said: ‘Please take off your headscarf.'”

Lohan, who admits she can’t speak as to why she was stopped, followed instructions and removed the headscarf.

“But what scared me was in that moment, how would another woman who doesn’t feel comfortable taking off her headscarf feel?” she reflected.

For Lohan, at the very least, the experience was “jarring.”

“I got double checked until she realized,” Lohan recalled, adding that it had never happened to her before.

Lohan says she wore the headscarf in Turkey out of “personal respect” for the country she was in, and continued to wear it on her way to New York, a style oft worn by “Grace Kelly and Audrey Hepburn.”

The story follows months of speculation that Lohan has been in the process of converting to Islam. While she said in the interview she doesn’t want to confirm it while she’s still learning, she has been photographed reading the Quran and admits it provides her “solace.”