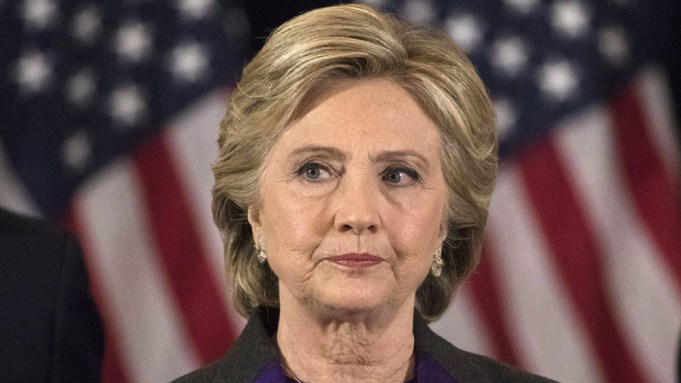 Hillary Clinton has spoken out frankly about her loss to President Trump, claiming that had it not been for a controversial letter from FBI Director James Comey and Russian interference in the election, she would be the current president.

During an interview with CNN correspondent Christiane Amanpour at a Women for Women International luncheon on Tuesday, Clinton said that although she does take personal responsibility for her loss, she went on to identify events that she believes changed the course of the presidential race.

“It wasn’t a perfect campaign — there’s no such thing — but I was on the way to winning until a combination of Jim Comey’s letter on October 28 and Russian WikiLeaks raised doubts in the minds of people who were inclined to vote for me and got scared off,” Clinton said.

She added, “If the election was on October 27, I’d be your president.”

When Amanpour asked Clinton if she believed misogyny played a part in the 2016 presidential race, Clinton replied in the affirmative.

“It is real, it is very much a part of the landscape, politically, socially, and economically,” Clinton said of misogyny.

Clinton went on to say that Trump’s campaign goals appeared to align well with the goals of Russian President Vladimir Putin.

“If you chart my opponent and his campaign and his statements, they quite coordinate with the goals of that leader who shall remain nameless,” Clinton said, referring to Putin.